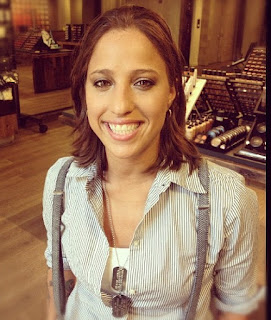 The 23-year-old  singer, songwriter, and musician, is a spark of light for the Pop/Rock genre. Born in California, raised in Brooklyn, her bohemian east village style is subtle, fly, and relatable. Her experience growing up in a church choir, gives her music an airy and optimistic feel. Krissy Krissy’s debut single “Dream” hit iTunes on March 20 and has been making waves ever since. Debuting in the TOP 10 at Clear Channels I Heart Radio. The popularity of her debut video for “Dream” landed it a featured spot on MTV.com, and it has over 16,000 hits on YouTube.  MTVu recently featured “Dream” on its Freshman Pick of the week contest where it competed against four talented up and coming artists; Krissy Krissy won the contest. In the blog and media world, New York City tastemaker, Vashtie featured Krissy Krissy on her blog, saying, “Check out this rising star, Krissy Krissy, just some good old real music.” Along with that, popular German blog ‘Urbanista’ listed her as an inspiration, ‘Remington’s World’ blogged about her, “Creating beautiful art in the form of Pop/Rock songs,” then ‘Prepster’ choose “Dream” as a favorite of the week and, ‘Kara Ali’ blogged, “the video for the single “Dream” is off the chain!” In Krissy’s own words, “Dream Is a song that captures where I started and the determination I have to get to where I want will be. There’s nothin impossible.” W5H Media said it best, “It has been a long time since I heard a good pop rock song. The 90′s had a good share of artists that represented and gave the genre a well-deserved spot. But since then, only a hand full of individuals have managed to make an impact on the music industry. It’s said that talent sometimes skips generations and that just might be the case. Here comes Krissy Krissy.” Krissy Krissy will be opening for Kara Ali this summer on the “Cheap Red Wine” Tour, and other tour dates will be announced. Her second single “Suspicious” just made its debut on iTunes and she is finishing her first full EP “Above All” is set to be released September 25, 2012.

Posted by The Indie Review at 8:21 AM