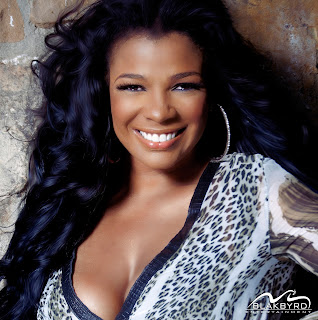 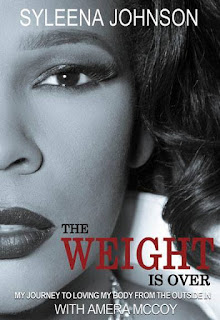 Grammy nominated vocalist and writer Syleena Johnson is one of the greatest singers and performers of her generation. She has scored major R&B hits and been invited to collaborate with the likes of Kanye West, R. Kelly and Musiq Soulchild. Having fought the major label system to allow her true identity to shine forth, Syleena stepped forward with her most anticipated album to date Chapter 6: Couples Therapy, which was released on the Blackbyrd label. Syleena Johnson is also a popular television personality. She’s one of the original cast members the TV One hit reality series R&B Divas Atlanta and recently wrapped up season 3 with co-stars Keke Wyatt, Angie Stone, Monifah Carter, LaTavia Roberson and former 702 lead singer Kameelah Williams. Syleena also appeared with her sisters on OWN’s Iyanla: Fix My Life. In 2015 Syleena and her husband, Kiwane Garris (former professional basketball player), will appear on the new season of WE TV’s, Marriage Boot Camp Reality Stars. Chapter 6: Couples Therapy has been made into a film that stars Johnson, directed by Tangie Black Moore of Tier2Films and the other collaborators from the album. Syleena’s passion for health, fitness, and nutrition has also led her to develop a fitness DVD called Mommy’s Got Soul. Constantly on tour and working on exciting projects, Syleena Johnson who is set to release her book, “The Weight is Over”, will show music lovers why she is one sixth of the Daughters of Soul at the ATL Soul Life Music Festival, Memorial Day weekend. The festival will take place in scenic Atlanta, Georgia offering two nights of outdoor, melodically-soulful entertainment. Grammy nominated artists, along with Soul Train nominees will celebrate soul music in its newest and most cutting edge forms, as the genres of Neo-Soul, R&B, Progressive Hip-Hop and extraordinary groups take the stage.

Posted by The Indie Review at 9:23 AM No comments: 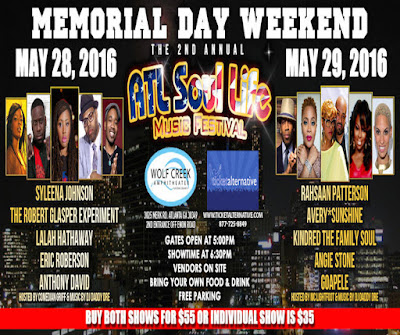 The festival will take place in scenic Atlanta, Georgia offering two nights of outdoor, melodically-soulful entertainment. Grammy nominated artists, along with Soul Train nominees will celebrate soul music in its newest and most cutting edge forms, as the genres of Neo-Soul, R&B, Progressive Hip-Hop and extraordinary groups take the stage !
Posted by The Indie Review at 7:35 AM 4 comments: 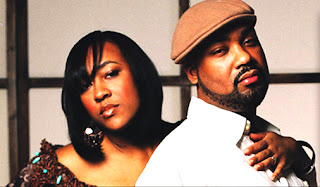 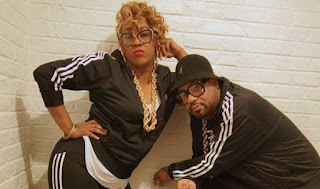 Kindred the Family Soul, also referred to as Kindred, are a duo consisting of the married couple of Fatin Dantzler and Aja Graydon. Signed to Hidden Beach Recordings, Kindred emerged from the Philadelphia neo soul movement that also includes Jill Scott, who discovered them while the couple was performing at the Black Lily Film & Music Festival. After two years of work on the CD, Hidden Beach issued their debut album ''Surrender to Love'' in February 2003, which included, among others, the songs "Stars" and "Far Away". Their follow-up album was 2005's ''In This Life Together'' its title being a reference to Ossie Davis and Ruby Dee's 1998 book ''With Ossie & Ruby: In This Life Together'', spawning the single "Where Would I Be (The Question)". The duo were nominated for a Soul Train Music Award for Best R&B/Soul Album, Group Band or Duo for ''Surrender to Love'' in 2004 and a BET Award for the BET J Cool Like That Award in 2006. The group's third LP, ''The Arrival'', was released on October 21, 2008. The Group's most recent album was "Love has No Recession" released on Purpose/Shanachie records which featured special guests such as Snoop Dogg, Chuck Brown, Bilal, Raheem Devaughn and others. The beloved Grammy-nominated duo, Kindred the Family Soul is set to headline ATL Soul Life Music Fest, the largest annual Soul Music Festival in the SE region.   This duo is the chosen to close out the second night as the headliner. Fondly known as the First Couple of Soul to some, they are sure to take attendees on a musical journey. Last year’s inaugural festival sold out with a record setting attendance of 5,300 on the first night and over 5,100 on the second.

Posted by The Indie Review at 5:11 AM No comments: