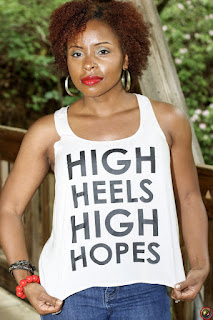 Sylvana Barfield is a multi-faceted entrepreneur with three businesses geared towards building up the whole person. These include Grace Waters, LLC (Motivational Speaking/Writing), Fit Bodies Nutrition and Fitness, LLC, and Simply Elegant by Paparazzi Jewelry. She handles all three businesses in addition to working a full-time job, maintaining a happy marriage, and engaging in church activities. It is her life's goal to inspire, encourage, motivate, uplift, and push others into the pursuit of their passions and dreams while living her own.
Posted by The Indie Review at 12:55 PM No comments: 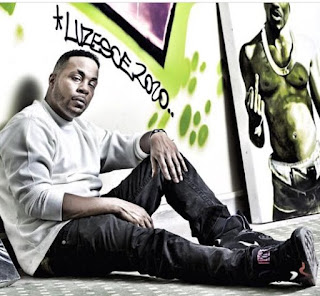 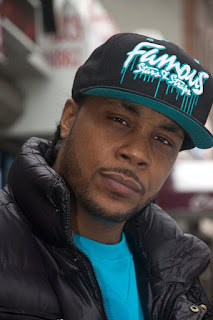 Originally hailing from the coveted Fordham section of the New York City borough, The Bronx, Inf was destined to be a hip-hop ambassador from early on. Upon hearing his very first rap record, it was most definitely a “love at first listen” situation for Inf. At the time when hip-hop was still young, fresh and new, Inf began to try his hand at DJing. Initially, he began by blending his father’s Soul records with hip-hop instrumentals purchased from the local record stores. That was how his pocket change would become familiar with being spent. With his mixes becoming more familiar around the borough, Inf acquired a strong neighborhood following. With this growing demand, Inf’s freestyle mixes suddenly became valued and highly requested. Spinning and mixing, as well as restructuring records became his “thing”, Before he knew it, Inf found himself hosting block parties, school dances, talent shows and as he reminisces. “Wherever there were people and music…so was I.”  Naturally, Inf’s appetite to be heard grew with his now burgeoning fan base. Politely asking destiny to take a backseat, and while taking creative control to a whole new level, Inf invited the microphone into the mix. Before long, he had become a unique, polished and seasoned MC. With an already positive and easily recognizable reputation, it wasn’t long before Inf cleared the airways, Inf introduced the “Ivy League Mixtape Series”, hosted by none other than Foxx from the legendary rap group, M.O.P. Soon after, Inf’s affiliation with 50 Cent’s immortal rap group, “G-Unit”, Inf’s name on the New York Mixtape scene quickly began to grow. Inf’s infamous Mixtapes were hosted by a number of hip-hop heavyweights which included, Cam’Ron, Mobb Deep, The Game, Freeway amongst others. Remaining true and loyal to the Music Game, Inf vowed to bring fun and quality music back from an overly-saturated medium that is smeared in “poli-tricks”. Inf returned to the roots from which he had steadily blossomed, and hosted a series of Mixtapes with M.O.P. entitled, “All Out War”. Being it was ironically titled, considering his emergence from the trenches of The Bronx with its humble beginnings. This project expounded Inf’s rapid fire approach to rhyme. Armed with an army of musical arsenal, manned with faithful music vets that he had accumulated along the way, Inf found himself fully locked and loaded with a dope collection of exclusive, unreleased material.  Now that Inf was equipped with the experience and exposure he needed to take his craft up to the next level, now came the heavy task of maintaining a “fan first” mentality, especially during his numerous interviews and Press Junkets. Shortly thereafter, Inf released his first Album project, entitled, Better Dayz Ahead;, an album which featured familiar Rap Artists like, Camp Lo, Mims, Sadat X, AG of “DITC”, DJ Doo Wop and Snagapuss from the popular “Bounce Squad”. The album’s success landed Inf a feature on the indie film project entitled, True Story.
Posted by The Indie Review at 4:49 PM No comments: 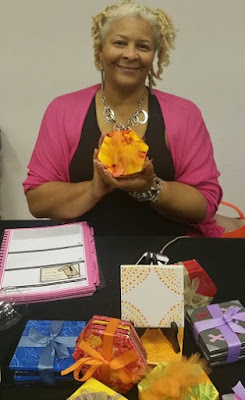 Having previously worked in both the furniture industry and education, she believes in multiple steams of income. When asked what advice she would with others that are looking to start a business, she would respond, “Be consistent & do what you enjoy.”

Antigone is no stranger to hard work and her resilience and creativity are evident when looking at her amazing crafts and glasses that she creates. Whether it is a home party, corporate gathering or pop-up shop, we can always find the most beautiful and creative pieces in her midst.

Posted by The Indie Review at 12:18 PM No comments: 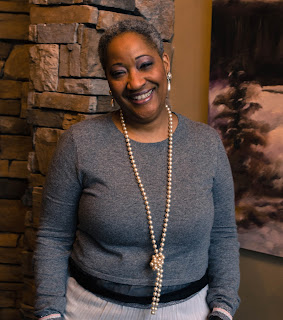 Janice Brantle is  originally from Omaha, Nebraska and currently residing in Atlanta, GA.  She is the second oldest of 8 kids. The majority of her family still resides in Omaha, NE. She currently hold a Master in Arts in Leadership Organization through Bellevue University in Bellevue, Nebraska. She feels she can make an impact on society through writing. She truly believes that writing is her passion and helping other’s through her writing her mission.
She was a featured author in Surfacing an anthology dedicated to the survivors of Hurricane Katrina. She finished her first novel; From the Brink of Insanity Comes the Light in 2008. She published her 2nd novel, The Forgotten ~ A Love Story in 2012. Her 3rd novel, Angel’s War the first novel in the series was published in 2015. She has a poetry book “Some Love Some Pain Some Loss Some Gain” published in 2016. Recently, she released an EBook: So, You Finished your Masterpiece – Now What? A Guide to Self-publishing on a Budget, 2017.


She also writes a blog spot called “The Whine/Wine Blog - Because every rant, rave or whine goes down better with a great glass of wine! on www.janicebrantle.com. This blog is part trending topics, part self-help, part positivity written with a whole lot of love.


She is currently writing the 2nd book in the Angel’s War series and the long anticipated sequel to The Forgotten A Love Story.

Posted by The Indie Review at 8:16 PM No comments: