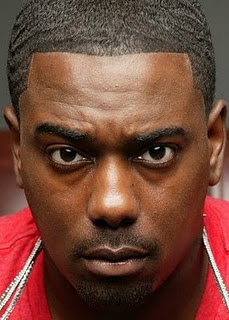 Philadelphia has always been known for its raw, authentic talent. Artists that come from this entertainment jewel are adorned by greatness and a stellar work ethic. Such is the case with Philly’s latest and greatest Hip Hop artist, Boone. Marquis Boone was born and raised in South Philadelphia, PA. After playing college ball at Steven’s Technical College in Lancaster, PA, one would assume that Boone was a sure win for a career as a pro baller. Turns out that they were right, just not on the basketball court. Falling in love with music while in college led Boone to form the hip hop group Fly 4 Life.  Although short lived, the experience catapulted the young artist into the next phase of his life as a solo artist. It all started at a talent show in front of a small crowd at an event sponsored by Sneaker Villa in Philly. He won the opportunity to perform at Unity Day in front of a crowd of 50,000. Here he caught the ear of Wayne “Big Wayne” Montgomery, a bodyguard for Kidd Rock, Black Street and Teddy Riley.  This relationship permitted Boone to experience a national tour with Black Street and to work in the studio with Eric Williams of the group. Being inspired by his contemporaries such as Jay-Z and Philly’s own Beanie Siegal, Boone continues to align himself with people that see his greatness. Palmieri Jeans, a Philadelphia based clothing company, met the rising star and he can now be seen in some of their branding and promotional campaigns. They in turn support his shows and other musical efforts.
Last summer Boone’s club banger “Club Like” featured hip-hop super star Wacka Flacka and had a big impact on dance floors and radios across the globe.  He has followed suit with his latest single “Nanas” ft Gillie Da Kid, another base filled, catchy head knocker that is currently climbing the charts as well as taking the clubs by storm. As Boone’s music and likeness continues to expand beyond his hometown his golden personality and relentless talent continue to lead the way.  Soon you too will be able to find him on a radio, a dance floor or a stage near you.

Posted by The Indie Review at 8:41 AM No comments: 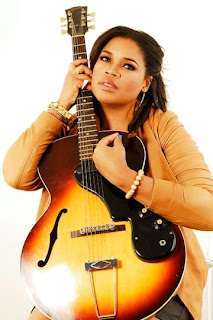 LALANA, the Singer/Songwriter whose unique vocal style has been linked to Whitney Houston, Celine Dion, Brian McKnight and Alicia Keys. She is known and respected in the music industry as Ilana Martin, "Vocal Coach Extraordinaire".
Lalana entered Boston 's famed Berklee College of Music at 16 years old, on a full scholarship purely for her vocal talent. While performing in the coveted exclusivity of college life, she was in the company of the best young musicians in the world.
After college Lalana was able to sing supporting vocals for Barry White, Patti LaBelle, D'Angelo, Stevie Wonder, Donna Summer, Norman Brown, Rafael Martos and many others. Performing and writing songs in English and Spanish for both stage and film, Lalana briefly signed with Polygram Records before venturing out into a solo jazz career. Performing to audiences throughout the United States, United Kingdom, France , Scotland , Germany , Holland , Spain , Chile , Ecuador , Turkey , Arabia, and Dubai was a broadening experience for her. At age 28, Lalana founded the Vocal Workout Singing School in New York City 's downtown SoHo . Successful owner and teacher at New York City 's most appreciated and growing vocal facility. She has currently worked with Sean Garrett, P. Diddy and Dirty Money, and other high-profile celebrities. The journey continues with a debut album schedule to release February 2012 called "MoodSwings". This album is a collection of separate moments in time and the different moods captured in each of those moments. This project is a reflection of growth, character and just the many moods we go through on this road of life. 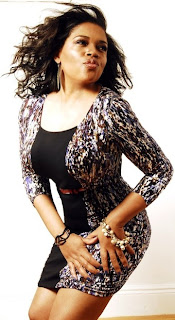 Posted by The Indie Review at 7:08 PM No comments: 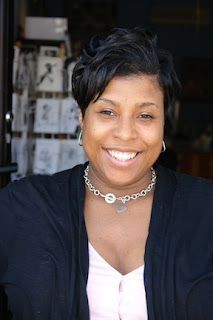 With an extensive background in grass roots marketing, and youth development Aarian (formally Pope) Punter couples all her talents as a professional spoken word and motivational speaker with her current role as Program Manager for the Amachi New York Mentoring Program through the New York City Mission Society; a community based on-to-one mentoring agency that provides volunteer opportunities for caring adults looking to mentor young people who have at least one parent currently incarcerated. For several years prior to her work with New York City Mission Society, Aarian worked in the entertainment industry as both an executive and artist.  Aarian landed national voice over roles, worked as an actor in a comedy sketch team with Comedian Mike Epps and Donnell Rawlings and wrote and performed original ground breaking spoken word interludes on major recordings working with such artists as Anthony Hamilton; Hip Hop group the Lost Boys and R&B recording duo Koffee Brown. While performing she also worked at various after school community programs throughout New York City including Minisink Townhouse, Uth Turn, Educational Alliance, and Urban Assembly in the Bronx, New York.  Through NACA (National Association of College Activities) from 1997 to 2003 Aarian performed at over 50 Colleges and Universities throughout the United States as far as the University of Alaska at Anchorage. She is an active member of Delta Sigma Theta Sorority Incorporated, New York Alumne Chapter and continues to serve on the Dr. Betty Shabazz Delta Academy for young girls ages 10 to 13. Aarian is a wife and mother of two; holding a Masters of Science Degree in Corporate Communications, from the College Of New Rochelle.
Posted by The Indie Review at 11:13 PM No comments: