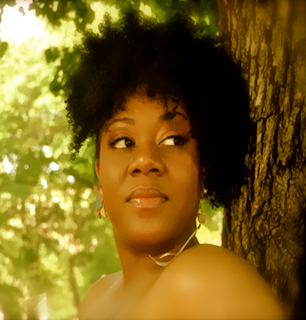 From the age of 4, Amma Whatt’s professional journey has been one of accomplishment, passion and variety.  As a dancer, under the tutelage of her parents, Oloriwaa! and Kweyao Agyapon, she studied and performed the traditional music of West Africa and The Caribbean.  As an actress and entertainer at 16, she participated in a hilarious one-on-one TV interview on Bill Cosby's "Kid's say the Darndest Things". As a vocalist, she left her mark in the Howard University Jazz Vocal Performance Program and as a soloist in the Howard Gospel Choir.  Amma then toured the US and internationally as a supporting vocalist with Glory of NY Gospel Singers, Ruben Studdard, Karen Clark-Sheard, Ki-Ki Sheard, Shirley Murdock, Howard Hewitt, Tulani Kinard, Byron Cage, Rob Murat, and Melba Moore.  ​​﻿
It was as a Hollywood Week Finalist on the 5th season of American Idol, that Amma’s talent drew the attention of film and television producers.  She appeared in the 2007 film August Rush and sang on the film’s Academy Award-nominated song “Raise It Up”, highlighted by a live performance at the 2008 Academy Awards.  Most recently, you can hear Amma singing "Get Happy" in the new Home Goods commercials airing on national television and radio.
While Amma continues to share the stage and album features with a wide variety of artists such as Jarrard Anthony, Nicholas Ryan Gant, Monet, Darien, Catz & Dogz, Mark de Clive-Lowe, and Jason Moran, to name a few, her talents are very much in demand as a songwriter and producer.  With the Grammy nominated team of women songwriters, Big Drawz Music Group, Amma co-wrote “Just the Way You Are” for Kindred and The Family Soul’s “The Arrival.”  In partnership with world-famous songwriter, recording artist and vocal jazz performer, Vinx, Amma claimed the role of lead vocalist and composer for the international touring group, Vinx and the Groove Heroes.​
A long-time resident of Brooklyn, NY, Amma has always appreciated the support she has received from her community and has tried to give back some of that love.  In recognition of her community service work, Amma was named a grant recipient of the Miracle Corners of the World Alumni Venture Fund. This award is given to past and present youth volunteers, to develop and organize community events and initiatives.  Amma used her grant to sponsor a youth day of fun for the Egbe Iwa Odo Kunrin/Binrin Rites of Passage program.  She also used this grant to produce a song and music video that celebrates the mission of this organization.​

Most recently, Amma was chosen as a grant recipient of the Fund for New Work, installed by Harlem Stage and the Jerome Foundation.  In recognition of her work, Amma presented parts of her latest performance piece entitled "Coming Home" at the ​Harlem Stage Gatehouse Theater.  After winning the audience vote to receive an additional monetary award, Amma presented her work at Harlem Stage's annual Fats Waller Dance Party, and opened for Jason Moran and Meshell N’degeocello in the summer of 2012.​​


Amma’s grant award assisted her in releasing her first original musical project, titled "Maybe".  It was eagerly devoured by waiting fans and garnered significant critical acclaim.  Debuting at #3 in the R&B/Soul category on bandcamp.com, and staying in the top 8 for over 3 weeks, "Maybe" fuses sounds of R&B, hip-hop, acoustic-alternative, and world music. This collection of songs and interludes expresses where we often find ourselves in the cycles of love, relationships, and new beginnings. Guests on this project include Monet, VINX, Akil Dasan, Nicholas Ryan Gant, and Shawn Lucas, co-writes by Tubby Love and VINX, production by H2o productions, and Farai Malianga, and beat-box production by Akil Dasan.  A full LP release is planned for 2013. 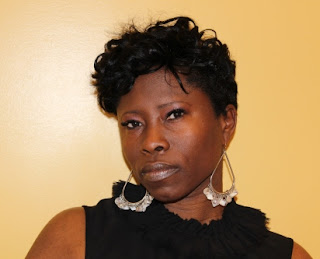 As the founder and executive producer of the SheTek Conference, L’ay brings together professional women in entertainment to discuss the latest trends in their particular career fields. Panelists are exclusive to women, as a way to empower and push forward their relevant roles in entertainment. On June 1, 2013, Projex Society Media will launch the first SheTek Conference in New York City. In 2012, Projex Society Entertainment signed hip hop artist Peze and executive produced “Big Boys Don’t Cry”, a short film about bullying. In addition to founder, she is also Executive producer, event coordinator, and artist manager.

Posted by The Indie Review at 8:39 AM No comments: 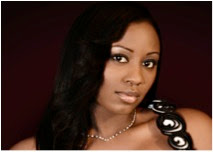 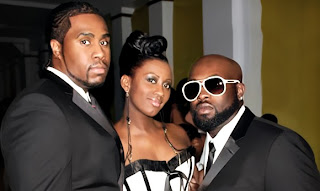 Lisa Merraro has a story, who doesn’t? Her future however, is limited to few. And the mark that she is set to make in the world of entertainment is exciting and rare. As a young lady in Brooklyn, music was Lisa’s meditation. Her infatuation with music stems from the musical bloodline and her grandmother’s diverse music collection. Like most in the business, the young starlet wanted to sing but later came to realize that her strength was in her mental muscle. Lisa went on to receive an associate degree from Berkeley College in paralegal studies and a bachelors of science majoring in legal studies, from St. John’s University. Just before her LSAT, she heard the call of the music industry loud in clear.  She answered but not before obtaining her Masters from John Jay College. While there, Lisa met a producer that would be her conduit into the world of music. Shak-Trauma and his production partner Shawn Belle introduced her to a part of the business that felt like home. She was a boss, and it was the perfect fit. Lisa went on to partner in the creation of Brook Brovaz  (Brooklyn Brothers) Entertainment that now boasts of a diverse catalog of music which consists of techno, rock,  jazz, hip hop and much more. Ms. Merraro with her attention to detail and business savvy proved to be just what was needed to take Brook Brovaz to the moon! Her approach to business is smart, calculated and always part of a bigger picture. A recording studio, several clients and investors later, Lisa has taken her role as the leading lady very seriously. So much so that she is currently attending Full Sail University for her masters in entertainment business.  As she humbly works her way to the top, the industry is watching, as they should. But not with an eye of envy or distain, but one of admiration for this young lady that has made it her business to respect and embrace the game. Her desire to learn and teach is refreshing and her mark on the world of entertainment will be a BIG one.  She got next!
Today’s music industry can be considered an ever evolving business. At times seeming impossible to stay ahead of the curve and create something new and fresh…unless you are Shak-Trauma or Belle Boy. This dynamic duo makes up the very talented production team of the Brook Brovaz Production and Entertainment Company. Nestled in downtown Brooklyn, they have created a production powerhouse that has worked with an impressive list of noteworthy artist and songwriters. The list consists of artists such as Toni Braxton, FreeWay, Tek 9, Static Major, Peddie Crack and others. Brook Brovaz Entertainment is well on their way to making an impact in this industry that they love. Their artist development division, run by the Brook Brovaz First Lady Cloe Luv, is the first stop for the many talented young men and women they have taken under wing.  The current front runners on the roster are Kayla, a Brooklyn singer of Jamaican descent and Coola, a young Brooklynite from the hood that sees his love for Hip Hop as a conduit to a new life.  Both extremely talented and both ready to take on the world. Being relatively new to the music game certainly has its challenges but nothing that Brook Brovaz Entertainment and Production cannot handle. They have already been validated and authenticated. They are focused and ready to continue to take the music world by storm.

Posted by The Indie Review at 3:37 PM No comments: 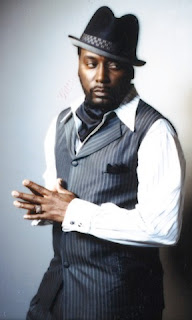 Big Daddy Kane is a Brooklyn, New York M.C. who undisputedly defined the term “lyricist” in the world of hip-hop. Along with the lyrical ingenuity he brought to the genre, he also introduced innovative live performances as well. Kane was the first rapper to ever hold not one but two sold out shows at the world famous Apollo Theater for women only. These lives performances, which consisted of theatrics, choreography and tailored costumes proved that Big Daddy Kane was not only an M.C., he was a full entertainer. Kane revolutionized hip-hop fashion and the way hip-hop shows were performed. Kane has endured a substantive music career. He has several gold albums, endless music accolades including a Grammy award. He also received a VH1 Hip Hop Honor in 2005. His catalogue of music consists of the LP “Long Live The Kane” that features the hit songs “Ain’t No Half Steppin’” and “Raw.” The LP “It’s A Big Daddy Thing” featured “Smooth Operator” “Warm It Up” and the Teddy Riley produced hit “I Get The Job Done.” The LP “Taste Of Chocolate” features “Hard Being The Kane” and “All Of Me” as well as a duet with the legendary Barry White. Additional albums were “Prince Of Darkness,” “Looks Like A Job For…” and “Daddy’s Home.” Kane has also recorded on movie soundtracks with “Lean On Me (Rap Summary)” from the film “Lean On Me.” “Nuff Respect” from the film “Juice,” The Jimmy Jam & Terry Lewis produced “A Job Ain’t Nothin’ But Work” from “Mo’ Money” and of course “Raw” from the film “Colors.” As a powerful figure in the rap game, Kane has collaborated with many artists such as Kool G Rap, Masta Ace and Craig G on the Marley Marl produced “Symphany.” He has worked with Public Enemy and Ice Cube on the single “Burn, Hollywood Burn” with Heavy D on the single “Don’t Curse” with Patti LaBelle on the certified gold single “Feels Like Another One” and the Quincy Jones multi-platinum masterpiece “Tribute To Birdland” as well as the title cut “Back On The Block” from the album of the same name. Proving that he is a full entertainer and that he is a man of many talents, Kane has also made a few appearances on the big screen in the movies”Posse” “Meteor Man” “Dead Heist” “Brown Sugar” and “Gunmen.”
As a member of the new group Las Supper, a 1970's styled soul group blessed with the Brooklyn rapper's gift of gab, Kane takes a break from his usual raps to provide the poetic introduction on the song "I Can't Believe."
The song describes three unbelievable scenarios that have played out in the inner-city – gang initiation-related murders, unprotected sex with the intent to spread HIV, and dumping a handicapped newborn baby in a trash bin.

Posted by The Indie Review at 8:40 AM No comments: