The origins of this hybridity reflecting the diverse feels and experiences of Black America begin in New Orleans, the birthplace of multi-instrumentalists Lou Hill and J Sharp, the architects of Water Seed’s cool, elemental sound. The band’s privileging of rhythm and groove, the elegant jazz flourishes, and lyrical songs deeply rooted in both alchemists’ classical education, all hint at the sacred training grounds that sharpened Louisiana jazz greats from Jelly Roll Morton to the Marsalis Brothers, creators known for marrying the traditional with the modern in the creation of the new.
Preternaturally aware of their paths fairly early, Hill began playing the alto sax in fourth grade while Sharp was developing his piano chops over the three-notes of “Hot Crossed Buns” at the tender age of five. Both learned as children to respect their crafts through studious dedication, rigorous practice schedules, and trying their hand at several different instruments before landing on their primary tools of musical expression, the percussion for Hill and the keys for Sharp, each finding their home.
These curators’ apprentice journeys took different paths, reflecting different exposures. Sharp reared in a home of classical music, engaged in demanding training while nursing concerto circuit dreams. Hill was immersed in the radio R&B and funk of the day and the jazz culture of his storied surroundings. Both formally trained in esteemed music programs, Sharp through the famed NOCCA, the Jazz and Heritage School at Southern University and Dillard University, Hill at the venerated Xavier University. With his first rock/funk/jazz band, Afrodeezifunk, Hill’s fine-tuning came through constant club gigs, an ill-fated record deal that ended as abruptly as it started, and later on the go-go and funk stages of Washington, DC. As a nightclub gigging teen, Sharp’s refinement wasn’t too far behind Hill, after a decisive turn toward the synthesized sounds and arrangements of Quincy Jones and Herbie Hancock. Two college-age young artists—one barely out of high school—securing professional gigs, each starting their own bands, developing cult followings, and esteemed reputations in N’awlins incestuously small musical pond. It was inevitable they would meet and discuss the Earth Wind and Fire-inspired band and production company Hill had by then started, Water Seed, though it would take a later recommendation by their mutual friend to land the then 18-year old Sharp behind Water Seed’s soon-to-be trademark keys.
Enter Pasadena bred flautist, Cinese. Inspired by the legendary Bobbi Humphrey, the orchestral-trained Cinese switched to jazz after a 10-year business and school-led hiatus with music. Answering a Craigslist ad for Water Seed, Cinese learned her classical meets jazz foundation found nice complements with Hill and Sharp’s, rounding out their sound.
Now, with a five-piece band that eventually included bass player Marius Tilton and lead vocalist Ryan Johnson, the concept albums soon followed. Their self-released, experimental 2006 EP debut, Two Words, uncovered an avant-garde Water Seed sound but developed enough notice to garner the band an audience and brief attention from Sony Music. Recorded live and direct at Atlanta’s Apache Café, their second indie release, 2008’s Early for the Future, boasted covers of Stevie Wonder’s “Higher Ground” and originals like “Pressin’” and “Dance in the Sunshine,” earning well-deserved critical praise and awards nominations for Best R&B Group with respected outfits like SoulTracks.com. Positive buzz begat opening opportunities for revered musicians’ musicians like N’Dambi and Janelle Monae, a three-month musical residency in Russia, and an international reputation as one of the few touring black American bands’ offering a truly electric live experience. By the time the orchestral, “futuristic funk” of the comic book derived Fresh was delivered to fans in 2010, more soul-pop songs like “Magnificent” announced a sound change: exit Ryan Johnson and enter Shaleyah.
Houston born, blues and gospel influenced singer Shaleyah took the trainings of the Texas Mass Choir, the Gospel Music Workshop of America, and a Trin-i-tee 5:7 inspired girl group, Blessed, and brought them to Clark Atlanta University’s Philharmonic Society before ultimately blending these well-traveled gifts with the Water Seed sound on Fresh.
Now on the first volume of their latest release, Wonder Love, Shaleyah is joined by respected guest artists Kev Choice, Chanda Leigh, and Jon Bibb, on what is the band’s most focused, collaborative, and least industry influenced project to-date. Having gelled as a band and matured into a distinctive force on Wonder Love, Water Seed’s expressive ode to the various aspects of love uncovers a band with a point to prove. Paying homage to their early Bayou influences on the instrumental “I Really Don’t Care That You’re Leaving,” Hill and the gang modernizes familiar jazz elements to mold a wholly original soul gem.

Posted by The Indie Review at 7:59 PM No comments: 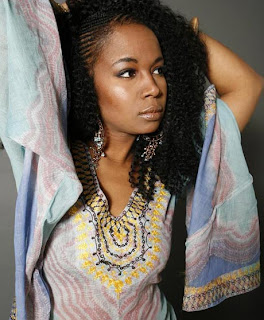 As a lyrically astute emcee, classically trained pianist, producer, songwriter, & composer, Tiye clearly employs "the phoenix principle" in her music by challenging the barriers placed upon female hip-hop artists. Tiye (renamed after the pharoahess in the 18th Dynasty in ancient Egypt, mother of King Tut) began playing the piano by ear as a child, and then studied classical piano between ages 7 and 13. Equally in love with poetry, Tiye evolved into a clever, skilled emcee through the years. In the late 90s, Tiye formed S.O.U.L. Food Symphony, a D.C.-based all female collective with an ethereal sound that consisted of emcees, singers, & musicians. SFS performed with artists such as Nas, Black Moon, & Gil Scot Heron. Tiye went on to write with legendary groups Public Enemy, and work with classic hip-hop producers Hank & Keith Shocklee. Tiye has toured and performed with soul songstress Tina Marie and the late Rick James, and recorded with the UK group, The Runaways. While signed to Rawkus Records, Tiye worked with various artists such as Mos Def & Last Emperor, and appeared with Talib Kweli & DJ Hi-Tek on their Reflection Eternal album. Tiye is also a member of The Polyrhythmaddicts, the hip-hop supergroup consisting of DJ Spinna, Shabaam Sahdeeq, and Mr. Complex. Their album "Break Glass" released in 2007 received much critical acclaim for its uncompromising return to raw hip-hop style. Also, Tiye released a mix cd in 2006 via the internet called "Black Athena", a self-produced cd of songs that exude ear-catching lyricism and cutting-edge subject matter. As a beat-maker/producer, Tiye won the 2006 MTP (Meet The Producers) All-Female Beat Battle Invitational, and went on to win the MTP Championship for 2006, where she competed as the only female alongside 8 other previous male champions. Tiye has been featured in THE SOURCE, XXL, ALLHIPHOP.COM, BILLBOARD, JANE, URB, COMPLEX MAGAZINE, and a good number of other radio, print, and internet magazines and shows. If you can, catch a Tiye Phoenix performance where you'll undoubtedly see and feel raw hip-hop at its height; whether she's spewing an inferno of rhymes or playing keys, she's sure to give audiences more than just a "show"- she provides an artistic experience. Tiye is currently working with a variety of artists and producers on a myriad of upcoming projects. Ancient Greek and Egyptian mythology legacies state that there can only exist one phoenix at a time; similarly, in music, there can only be one Tiye Phoenix.

Posted by The Indie Review at 11:03 AM No comments: 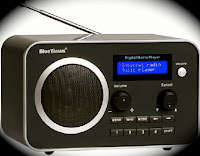 Posted by The Indie Review at 8:44 AM No comments:


Posted by The Indie Review at 8:20 AM No comments: 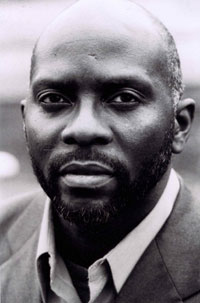 Monty Ross, Spike Lee's former producer and co-producer on such groundbreaking Made in NYC productions as School Daze, She's Gotta Have it, Do the Right Thing, Jungle Fever, Malcolm X and Crooklyn, started his career with the Atlanta Street Theatre, a small resident theatre company in Atlanta, Georgia. He moved to New York City to pursue his career in 1985, quickly partnering with Lee, as the Production Supervisor on the legendary 12 day shooting schedule of She's Gotta Have It, starring Tommy Hicks, Tracy Camilla Johns, and John Canada Terrell. The film shot in Ft. Greene, Brooklyn grossed over million dollars, and Ross credits the film with launching his career. Over the next 17 years, his roles at 40 Acres and a Mule Productions were multi-faceted, from Production Assistant to Vice President of Production; in 1991, Ross even starred in the Lee, student Academy Award winning film: Joe's Bed-Stuy Barbershop - We Cut Heads. While co-producing a film each year, he also produced advertising campaigns for brands such as Nike's Air Jordans and Levi's 501 campaign, as well as music videos for artists such as Stevie Wonder and Prince. Most recently, he worked on the New York City production Inside Man, starring Denzel Washington, Clive Own and Jodie Foster, which was Lee's highest grossing film to date. Ross, before returning to serve as 40 Acres' Special Project Coordinator, along with Adam C. Powell, III, Adam C. Powell, IV and Geoffrey Garfield, produced the bio film on the legendary Harlem, NY Congressman Adam Clayton Powell, Jr. The film, Keep The Faith, Baby, starred Vanessa Williams and Harry Lenox was made for Showtime/Paramount Television. Additionally, he also, directed and produced two nationally televised syndicated documentaries, Welfare to Work, hosted by Nia Long and After Affirmative Action, hosted by Malcolm Jamal Warner which aired in over 100 hundred markets. While at 40 Acres, his role allowed him to coordinate the company's community outreach including its internship program, through which 40 Acres staged a boot camp providing a week of training and networking opportunities, and then placed interns in various departments during the production of each of its films. Ross also acted as a consultant during the development of the City's training program for Production Assistants, a new initiative that will connect New Yorkers with entry-level jobs in the industry. Today, Ross is actively involved in digital production and developing projects for emerging directors.
Posted by The Indie Review at 7:22 AM 1 comment: 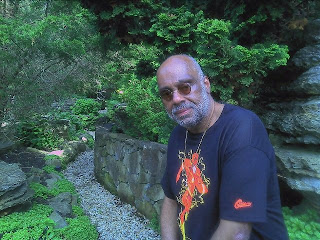 Daniel “Danny” Simmons, Jr. is an abstract-expressionist painter. Older brother of hip-hop impressario Russell Simmons and rapper Joseph Simmons (“Reverend Run” of Run DMC), he is the founder and President of the Rush Arts Gallery. In addition, Simmons converted part of his loft in Brooklyn into the Corridor Gallery. Along with his brother Russell, Simmons established Def Poetry Jam, which has enjoyed long-running success on HBO. Simmons is also the founder and Vice-President of the Rush Philanthropic Arts Foundation, a non-profit organization. In 2004, Simmons published Three Days As The Crow Flies, a fictional account of the 1980′s New York art scene. He has also written a book of artwork and poetry called I Dreamed My People Were Calling But I Couldn’t Find My Way Home. Simmons is the son of Daniel Simmons, Sr., a truant officer and black history professor who also wrote poetry, and Evelyn Simmons, a teacher who painted as a hobby. He earned a degree in social work from New York University and a master’s in public finance from Long Island University. He began painting after he realized how much he hated his job with the Bureau of Child Support. Simmons, an abstract-expressionist painter, has had his work shown nationally. Chase Manhattan Bank, the United Nations, and the Schomburg Center for Black Culture all show his work as part of their collections. He is also an avid collector of African art and comic books.
Posted by The Indie Review at 7:06 AM No comments: