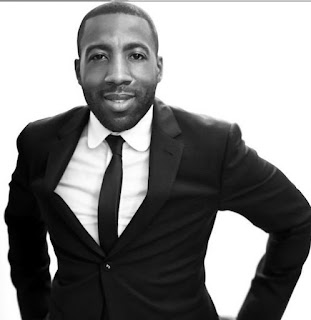 Abiah spent his childhood with his single mother, an accomplished
musician who accompanied the late operatic Baritone William Warfield in
earlier years.  She introduced him to the singers who would
become Abiah’s influences: Sarah Vaughn, Anita Baker and later Nina
Simone.  “They were great singers and song interpreters,” he says.
“They were text painters and I believe that’s a lost art.” Abiah honed his skills through the years as a background singer for artists George Michael, Chuck Mangione, Amel Larrieux and Yolanda Adams while cutting his chops in opera as a voice major in college.  By the time his debut album was released in 2006, Abiah already knew exactly what he brought to the table — a warm, engaging voice and unassailable taste in music. His debut album was an underground smash. His video Love For a While, a duet with Shanice Wilson became a hit on VH1 Soul and BET J. Not completely vacant from the music since his debut album, Abiah got practically handed an unexpected cottage industry, when he became an in-demand vocal coach. Initial inquiries from singer-friends impressed by his sound and range has blossomed into a side-business that finds him coaching major label artists, up-and-comers, solid pros hankering
to rise up to that proverbial next level, and musical game show contestants hoping to impress celebrity judges with noticeably increased prowess.  He also made an appearance on an Emmy nominated episode of MTV's MADE. But along with his passion for coaching artists and creating great music in the studio, performing is what Abiah loves most. “There is nothing like feeling and seeing the atmosphere change in a room,” he says. “It’s so important to be in touch with your audience. They come
to hear music but leave with their lives changed because of the music. That is my job and calling." The new album, Life As A Ballad, boasts of gems like the gorgeous opener,"September", a well orchestrated melange of achingly mature lyric
writing full throated, flowing and tautly controlled vocal drama, lush Beatles-esque harmonies and transcendent, transporting melodicism. There is also the poignant "Doves", a modern interpretation of a Prince classic, as well as seven other self-penned originals. But it’s hardly business as usual for this Rochester, NY native. It
never is for Abiah, whose irrepressible spirit, engaging humor, and
confident charisma once led Billboard magazine to call him “a singer
with an innate ability for passionate songwriting that one cannot
learn.” To help him capture the songs’ intimacy, Abiah turned to Blue Note
recording artist Robert Glasper, who happens to be his cousin, guitarist/arranger Marvin Sewell, his long time collaborator, and co-producers Keith Witty and Ulysses Owens, Jr. “We definitely have a great chemistry in the studio which is why we were able to record the entire album in one day. Talk about a quick turn around," Abiahsays
with a laugh. “Robert added such beautiful fabric to the music. Marvin was overflowing with genius and Keith helped me to find all the "right" things like a mad scientist.” 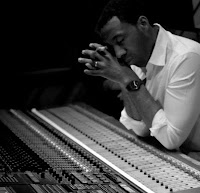 Posted by The Indie Review at 8:12 PM