Dark Girls is set to premiere in October. Directed by Bill Duke and D. Channsin Berry, the documentary focuses on the testimonies of darker skinned African-American women as they discuss the emotional turmoil they face being discriminated against by members of their own community. Dark Girls explores the effects of self-hatred as a residuary of colonialism and exposes the separate lives these women feel they lead because of their complexions, whether it be in the corporate world, the educational system or simply dating. The film also features the psychological experiment originally conducted by Kenneth and Mamie Clark with children distinguishing their conceptions of beauty by pointing at either a black or white doll. Often the black doll was chosen as the “ugly” or “dumb” doll and this struck a chord with the directors who described themselves as darker skinned men who have faced marginalization based off of skin colour.

Posted by The Indie Review at 9:51 AM No comments: 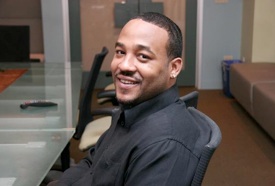 Walt is the son of a preacher who spent Sundays watching his father play the church Keyboard.  He soon tried to emulate his father.  Walt picked up the drums by studying the moves of church drummers soon after joining his mom and dad in the church band. Walt used the same techniques to teach himself the keyboard, which he mastered by 16, and lead him to playing regularly at 3 different churches.  He teamed up with his brother shortly thereafter to focus on their hip hop group, Brinks. They distributed and produced their own CD, serviced it to local record stores and received good responses from neighborhood kids. Around the same time Walt started playing for a band named the Ville. He was asked to work with Tyra Kirkland who was in need of a band. Walt became her musical director. They opened up for artists like Musiq Soulchild and City High while he was finishing the 12th grade. In his second semester of college, he got the opportunity to be on MTV’s Making the Band II where he finished in the top 10.  Walt has since launched his solo career releasing an EP, “The Compilation.” He writes, produces and arranges all of his tracks. Walt has shared the stages with Alicia keys, Justin Timberlake, Ashanti, Wyclef Jean, Freddie Jackson, Jessica Simpson, John legend and many other big name artists. He has done events such as club shows, radio, high schools, and major event performances in, Boston, New Jersey, New York, Philadelphia, Arizona, Oklahoma, New Mexico, Washington, Texas, Canada, and Germany. Walter has been asked to write, produce and submit songs to artist such as, Usher, Joe, Carl Thomas, B2K, and Ginuwine. 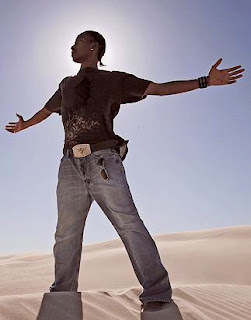 Posted by The Indie Review at 11:01 AM No comments: 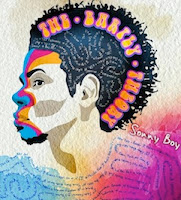 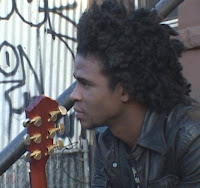 Sonnyboy is a musician, singer, composer, producer, and band leader with 5 independently produced albums to his name. Early on, it was Sonnyboy’s well known Blues musician uncle, Sonny Green, who inspired him to explore the genre. Born in Monroe, Louisiana and raised in the Baptist churches of Milwaukee, Sonnyboy learned to play multiple instruments at an early age, and did so with a traditional gospel/R&B slant. From Milwaukee, Sonnyboy moved to Minneapolis. With only his guitar and the clothes on his back, Sonnyboy journeyed into what he had been told was forbidden devil music: funk, reggae, rock, and hip hop. And he did so in the middle of the Prince- led Paisley Park music scene. He quickly became accepted into the Minneapolis music community and began working with artists on the Paisley Park label, Parliament Funkadelic family, Mary Harris of Spearhead, and countless other artists. He has come to share the stage with Prince, The Black Crows, The Skatalights, and has performed at venues as prestigious as the world famous Paisley Park Studios. Also known as a hip hop hippie and an urban poet, he cheated death in a near fatal car crash and found himself back on the streets where he started. From there, he transformed his life. His rededication to music, his renewed energy, and his creative explosion resulted in him writing songs, composing, producing music, and even co-producing his music videos. With a lifestyle reserved for uncommon people (he is a vegetarian, an avid reader, and normally runs 25 miles a week), Sonnyboy established his own record label, ArtSoul Entertainment.  He got grounded, developed a unique sound, and formed the 4 member band, Sonnyboy. Rolling Stone Magazine acclaimed the group as "one of the best unsigned bands to come out of Minneapolis since Prince and The Time." The listener might recall just a few great artists whose talents Sonnyboy respects: Sly & The Family Stone, Prince, The Isley Brothers, Jamiroquai, Erykah Badu, Maroon 5, and Cee-Lo.Sonnyboy moved the band to New York and the band has toured across the country and throughout Europe. Sonnyboy’s success can be attributed to his uncommon focus and an artistic integrity that is often lacking in today’s corporate music arena. He shares that he just doesn’t do music, but that he “thinks about the music.” He continues, “All I want to do is make good music. If I can get your head nodding and coming back for more, then I’ve done my job. It all boils down to one question: Is it good music?”
Posted by The Indie Review at 9:27 AM No comments: