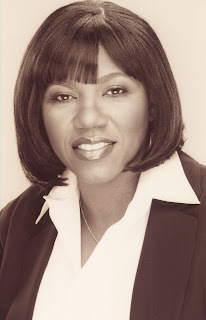 Founder of NABFEME, the National Association of Black Female Executives in Music & Entertainment, Inc., and creator of the Women Who Jam! an all female artistic movement, Johnnie Walker holds the distinction of being named the first female Sr. Vice President of Promotion for the Island Def Jam Music Group and the only female to ever hold that position for the company. In 2005, Walker was honored with the Woman of Conscience Award from Rev. Jesse Jackson and Rainbow/PUSH. Ms Walker also received Delta Sigma Theta’s 2006 Osceola Award, the highest honor given to professionals in the arts. In 2009 Women’s eNews named Walker as one of New York's 21 Leaders for the 21st Century.  In 2010, Memphis newspaper, the Tri State Defender, named Johnnie Walker a “Woman of Excellence.” Walker’s career began as a country music radio personality. She later segued to a Black music radio opportunity in Memphis, TN at KRNB.  In 1989, Johnnie Walker's marketing zeal brought her to the attention of Russell Simmons at Def Jam Recordings, where he wooed her from a career in radio broadcasting to become one of the label’s regional marketing reps. Within one year she was promoted from Regional Promotions Manager, to National Director of Promotion. The Sr. National Director position soon followed and positioned Johnnie to be instrumental in launching the careers of Redman, Method Man, Onyx, Montell Jordan and Foxy Brown! In 1997, Johnnie continued her "WIN" philosophy with a move to New York City where she assumed the position of Vice President of Promotion for Def Jam Recordings, Inc.  Two years later, she restructured the company’s promotions department, created their much sought after “R&B Radio Promotions Guide,” and hired the company’s first national promotions field staff.  This was most significant because the staff was primarily comprised of young, inexperienced field reps that Johnnie molded into a "winning force."  Together, this force successfully marketed the Def Comedy Jam, Phat Farm clothing and Russell Simmons' co-produced movies, "The Nutty Professor,” Jackie Chan’s “Rush Hour 1 and 2” plus several #1 Gold and Platinum albums from Public Enemy, Jay-Z, Sisqo, Kelly Price, Ashanti, Ja Rule, DMX, LL Cool J, Musiq Soulchild, Dru Hill and others. In 2004 after 15 years of tenure at Def Jam Recordings, Johnnie Walker moved to Los Angeles, CA and accepted the position of Head of Black Music for DreamWorks Records, handling the musical careers of The Isley Brothers, Floetry, Burt Bacharach, Jon B and many others. In an effort to make the road less traveled become a smoother journey for those who would follow in her footsteps, in 1999, Johnnie Walker, a longtime advocate of formal mentoring, founded NABFEME, a nonprofit professional organization staffed by entertainment industry volunteers, whose mission is to raise the profile and increase the awareness of women of color in music and entertainment.  With hubs across the USA and Canada, NABFEME accomplishes its mission through activities that foster empowerment, education, mentoring, career development and networking opportunities. Johnnie Walker has been the recipient of countless awards.  Named Radio & Records Urban Promotion Executive Of The Year and largely due to her efforts, the Island Def Jam Music Group was named #1 Rap Label Of The Year and #1 R&B Label Of The Year by Billboard Magazine, Airplay Monitor, Radio & Records consecutively in 2000, 2001, 2002 and 2003.   In 2009, in a move she called Act 3 … Walker returned to Memphis to assume the position of Executive Director of the Memphis & Shelby County Music Commission, a quasi-governmental body that promotes and markets Memphis Music locally, nationally and around the world.  During her tenure, Walker has created several diverse music influenced programs that celebrate the rich, historical music past of Memphis; honors its present musical influences, while building a foundation for the City’s future creative impact.
Posted by The Indie Review at 7:59 PM