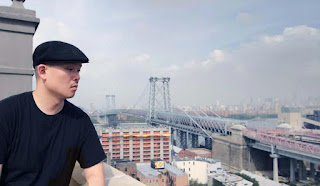 From Hollis, Queens to Hollywood, Emmy award winning filmmaker, editor, writer, visualist.  No stranger to the music and film production scene, Bobby’s work can be seen all across the world through music videos, television, and soon to be, the big screen.  With a gamut of work that reflects a wide variety of genres and styles, Bobby has created his own path in this game, positioning himself as one of the top directors to watch. From growing up in his hometown of Hollis, Queens, to later becoming a maverick in the New Orleans Hip Hop music scene through producing a ground breaking local television program that literally helped break and shift the careers of some of the biggest artists known today, Bobby had already accomplished much in his early days.  Since then, he has grown and developed into one of the most gifted and talented trendsetters on the music video scene.  Fusing a highly crafted directorial vision along with his strong background in visual effects, Bobby’s work has set a standard for utilizing the latest in post and digital camera technology, ushering in the new wave of today’s burgeoning digital filmmaking scene. He recently directed a cross promotional campaign for Ford Motors and TV One for their hit show “Unsung”, shooting two major car spots within one year.  Stepping forward, Bobby has recently devoted much of his efforts to one of his personal loves, Gospel Music.  Him and his team, the Hitsquad Collective, have single handedly become the De-facto standard and “goto” company for top level Gospel music videos, completing music videos for such artists as Hezekiah Walker, Marvin Sapp, James Fortune, and Karen Clark Sheard.  Capturing provocative emotional moments within highly crafted narratives, these videos reflect Bobby’s strong storytelling abilities. Currently focusing his efforts on his first feature film entitled, Martian, Bobby continues to refine and develop his craft as a director.  With Faith, integrity, passion for change, and a commitment to excellence, Bobby continues his rise as one of the new directors to watch for on the independent filmmaker and commercial scene.

Posted by The Indie Review at 6:33 PM