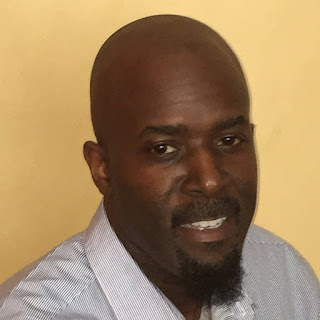 Conrad Dimanche has had success as one of the giants in the record industry. As the Senior Director of A & R for Bad Boy Records, Dimanche has helped launch three number one albums - Danity Kane, Sean "Puffy" Combs Press Play, and Yung Joc New Joc City.   He managed all three of these albums from conception to completion, tirelessly micro-managing every beat of every track. His illustrious cutting-edge career also includes managing the Grammy winning Producer Nashiem Myrick.  A modern-day hit maker, Dimanche has produced dozens of albums,  including The Notorious B.I.G.'s smash hit Born Again, Carl Thomas, P. Diddy, 8 Ball, MJG, Loon, B5, Bad Boys 2 Soundtrack and Black Rob, to name only a few.  The combination of his unparalleled talent for hearing a hit, tireless work ethic, ability to sign new talent and business skills separates him from most of his contemporaries. At times, the amount of his involvement in any given project can become overwhelming. Standing 6'1 Dimanche sports a large tattoo on his right forearm. Interestingly, it is Psalm 23 from the Bible. The quote, in part, reads I will fear no evil. God walks with me.  Dimanche's journey began  in Queens, New York. As a young boy of Haitian immigrants, his parents told him that he could become anything. His father, George Dimanche, who taught French and Spanish at a Brooklyn High School was his inspiration.  His mother, Dina, owned a local beauty salon and the young Dimanche watched as she turned her  business into the  most popular salon in the area.   He witnessed both of his parent's intense work ethic and learned that there were no free rides and by working hard he could achieve his dreams.

As a young man, Dimanche would  follow in his mother's footsteps, teaching himself how to cut hair. He opened a barber shop but his love for music never wavered.  He was bursting with musical talent -- rhymes, licks, raps, rifts  -- filling his mind with no mainstream outlet. Frustrated, he would invite DJ's to spin records at a club next to his barber shop. He was more interested in the music at the parties then the parties themselves. His love for music only  intensified to the point where he could no longer ignore his passion. At first, he managed a few artists while still running the barber shop.  Dimanche  would soon put down his cutting shears.
Dimanche had his eye on two  modern-day pioneers: Sean "Puffy" Combs and Russell Simmons. He admired their musicianship but he saw more: their ability to be creative and to be business people. He identified with their stories and risk-taking sensibility and wanted to emulate their success. It would not be easy to make the leap from barber shop owner to record mogul.

It was Bad Boy Records executive Harve Pierre who gave the ambitious Dimanche his first break when he landed an internship at Sean "Puffy" Combs young label. He worked without pay for about a year before making a-entry-level salary.  He tapped into his family's ideology about work. He did not skip one step of the process in learning the music business often to the detriment of his personal life. "I would have one dollar hot dogs from the corner vendor and the free hot chocolate in the studio was also a meal for me," Dimanche says.  He paid his dues -- in full – working numerous jobs in the music industry before being named as Senior A& R Director for Bad Boy Records. Pierre would become Dimanche's mentor and supporter.

In spite of his success as record executive, Conrad Dimanche says he thinks of himself first as an entrepreneur. In addition to Bad Boy Entertainment, Dimanche  owns a production and consulting company called "Big Bang Music Incorporated." He is now a role model being discovered and emulated by young people across the country. He knows that the secrets of making it in the music business are hard work, persistence, dedication and, of course, his undisputed talent.

Posted by The Indie Review at 5:27 PM No comments: 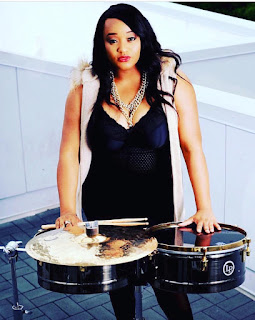 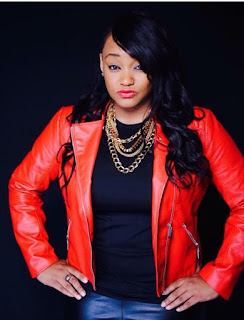 Known by her stage name "Shonnie" Murrell, LaShonda Antrionette Harris was born in Jonesboro, Louisiana and raised in Houston, Texas. She has been singing and playing instruments since the age of 3. Shonnie graduated from Sharpstown High School and received a Bachelor of Science degree in Business Management from Grambling State University. Shonnie can contribute her showmanship on percussion to her years she spent marching in the Grambling State World Famed Tiger Marching band. She also held the highest position in the band as “Master Drill Sgt.” and was one of the main reality personalities on the hit BET show, “Season of the Tiger”. From this she landed a spot on 106 and Park, BET Awards and other television appearances. The Shonnie Murrell Experience, which she names when performing with her full rhythm section and band, loves to give her fans the greatest performance on earth. Shonnie believes that her energy and engaging the audience are two key elements that are important to accomplish this feat! She is most of the time compared to Sheila E., Erykah Badu, and Missy Elliot because of her ability to mix her sound, lyrical and visual poetry all together. Some notables that Shonnie has performed with and opened for include: Most recent, LEELA JAMES, MAJOR., RICK ROSS, LIL WAYNE, SNOOP DOGG, LETOYA LUCKETT, the late great AL JARREAU and FRANK MCCOMBS, to name a few. Her performances have taken her from LA to NY over her short career before landing her back into Houston to help Title1 schools upstart their music programs with her partnership with Microsoft. From this, her new reality show pilot was birthed and is currently on the tables of some major networks.

Posted by The Indie Review at 6:16 PM No comments: