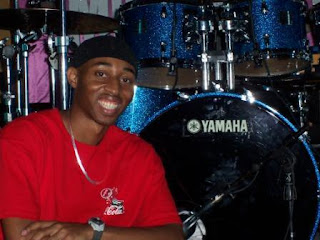 Professional Drummer, artist, & music producer Jamal Batiste is one of many musical seeds of New Orleans’s own Batiste Family. He is an exceptionally talented drummer, who has been playing drums since the age of three. Jamal earned his specialized degree in Jazz Studies from the University of New Orleans. Jamal has performed in the New Orleans Jazz & Heritage Festival since the age of five. He performed with the Batiste Brothers Band and had his own show in the Kid’s tent, Congo Square stage, Fox 8 stage, and the Acura Stage. He’s toured in Africa, Japan, Canada, Europe, and USA with international bands such as Los Hombres Calientes, Jon Cleary and AMG, The Wild Magnolias, and a host of others. Jamal’s rhythmical tone is a Gumbo of funk, rhythm and blues, Latin, gospel, second Line, rock, soul, classical, and jazz that has inspired and mesmerized his fans and supporters of all ages. For his first project, Jamal recorded and executive produced his father’s first solo album, “New Orleans Is Coming Back” by David Batiste & the Gladiators. For his second project he produced a compilation album called “The Unorthodox Drummer: The First Assemblage,” that’s in stores and online (iTunes!). He has shared the stage with international artists such as Drake, Lalah Hathaway, Ledisi, Anthony Hamilton, Bonnie Rait, Musiq Soulchild, Yolanda Adams, and many more. He’s currently recording and performing with his fire band, Jam-All!
Posted by The Indie Review at 11:49 AM No comments:

Born in the Brownsville section of Brooklyn, NY, Lyonel “Kay-Kay” Rosemond was exposed at an early age to a cultural melting pot that would eventually shape his view of life.  He fondly remembers being enamored with the soul singers of the 70’s, which included Marvin Gaye, Al Green and Otis Redding. However, he would soon become entrenched in the hip-hop scene that was beginning to take over during his adolescence. At the time, little did he know that these musical influences would have a great deal to do with the career he ultimately chose as an A&R with Motown/Universal Music Group. During his early years, Lyonel did not expect to pursue a career in music, but rather was more interested in expressing his natural talent and love as an artist. At an early age he decided that he would pursue a career as an artist for his favorite comic book company, Marvel Comics. Lyonel soon enrolled in a school for cartoon illustration and shortly after began receiving requests from friends who needed logos for the companies many of them hoped to form. In 1994, however Lyonel began to see his career path change course after his Uncle Jimmy Henchman Rosemond, who was already well known in music industry circles, and was about to start his own management company, contacted him. Once entering the music industry Lyonel realized that art was not his only talent, as he quickly adapted to the scene and learned what something he feels very few comprehend – most of the artists we love and follow often don’t live the life they portray. It was at this time that Lyonel realized that the music business was in fact business first, and he began to actively increase his contacts. His hard work paid off, he was offered a job to work in the A&R department at the historic record label Motown while he was at Kedar Entertainment.  Since joining the Motown family Lyonel has worked with a bevy of artists including Erykah Badu, Chico DeBarge, Lil’ Wayne, The Temptations and R&B crooner Joe. He feels that his work with Badu was the most special because of the authentic approach she took to developing her music, never rushing to complete a song or forcing a concept. Lyonel has assisted Groove Theory, BeBe Winans, Dwyane Wiggins, The Game, and Raekwon reach key achievements in their music careers. Shakim Compere (Flavor Unit), Steve Rifkin (SRC/Universal), and Monte Lipman (Republic Records) are just a few of the top executives who speak highly of Lyonel. Kay-Kay is currently the A&R at E1/Koch Records.
Posted by The Indie Review at 9:27 AM No comments:

Shae Fiol grew up in Portland, Oregon, surrounded by family members who were classically trained musicians such as her mother, father, both grandmothers. She is a true performer, the complete musical package -arranger, guitarist, lyricist, songwriter and vocalist. Her path to music began in her sophomore year at New Mexico University when her father came up with a great way for Shae to earn tuition - by writing songs. After purchasing his daughter a digital tape four track, he agreed to pay her $250 for every song she wrote. The result was a nine-song demo, which not only earned her enough cash to live off but also became the catalyst to build her indomitable song writing skills. After college, Shae's musical ambitions helped to land her in L.A. where she worked with Tha Liks, especially J-ro on a track "Run Wild" Just a year later, Shae was invited to New York City by Rockwilder to work with him on her album. Shae now calls Brooklyn home. She is a well-rounded performer who has showcased her talents at well-known NYC venues ranging from Joe's Pub, BAM and SOB's. She describes her music as creating the type of vibe, which allows one to travel inside their mind and daydream while still appreciating the eclectic mix of classical, folk, rhythm and blues, hip-hop, jazz and Latin playing in the background. Her music is personal, searching, and adventurous. Shae's first full-length album, Catch a Ride, was produced mostly by her collaborations featuring Grammy Award winners Stuart Matthewman of Sade, Me'shell Ndegeocello, and producer Rockwilder.
Posted by The Indie Review at 1:11 PM No comments: 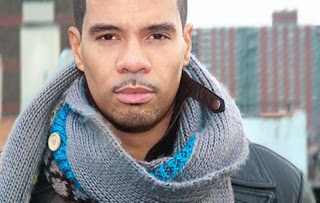 Russell Taylor has revived the true meaning of sacrifice, and given sensuously starved listeners an intimate view of romantic relationships draped in musical decadence as in times past. He draws on his Southern family roots, his Philly up bringing, and his academic prowess to create a collection of songs that speak directly to the heart while echoing sentiments of old Hollywood glamour intertwined with progressive yet classic soul. These songs reverberate with the pains of unrequited love and the elation of that first touch. Russell compels you to listen, not just hear the jarringly honest lyrics that draw on our voyeuristic tendencies and enliven our innate need for sincere human connection; whether it be taboo or complicated. RT has the educational pedigree and the street cred to bridge the chasm between the block and the yatch. He uses this unique understanding to remain true to his musical influences and overcome the pressure to only please the pop music industry. Russell also infuses his work with an international flare that began with his early musical study in the UK. His musical CV is equally impressive as he has shared stages with some of our generation’s most respected musicians: Mary J. Blige, Musiq, Jill Scott, India Arie, Mint Condition, Tamia, Rahsaan Patterson, Jaguar, Eric Roberson, Lalah Hathaway and Omar. Therefore, it is no surprise that he continues to woo audiences from Paris and LA, where they swoon over his soulful voice, pristine good looks, seductive smile and genuinely affable personality.
Posted by The Indie Review at 12:42 PM No comments: