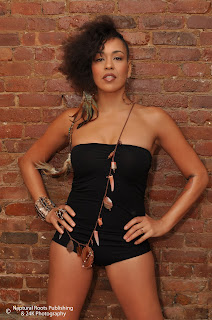 Some people are born with jaw-dropping talent, some born with a burning will to succeed, and some born with a spirit to help those in need. Multiple award-winning singer Maya Azucena embodies it all, a vocalist so richly talented that she's brought audiences to their feet all over the world. Driven by an entrepreneur's spirit, she's released her own music and toured the planet.  Maya's a humanitarian who consistently uses these gifts to help make life better for those around her. An electric performer with commanding stage presence and passionate delivery; Maya's concerts are often described as "spiritual" and "riveting." Her music sounds like a cutting-edge version of Aretha Franklin mixed with the fire of Lauryn Hill and the songwriting talent of classic Stevie Wonder.  Maya has also been compared to Roberta Flack & Chaka Khan. Bob Dylan, Jeff Buckley, and Bono inspire her due to his engagement in outreach.  Maya describes her sound as “raw soul,” live based music with her blend of classic soul, rock, hip hop, and jazz. The Chinese press summed it up by saying "Ms Azucena has the power to 'penetrate blocks' and to touch people from different cultural backgrounds." Maya is a true 21st Century success story. Rising from the streets of Brooklyn, her talent took her to the LaGuardia School of Performing Arts (the "Fame" school). Later she formed a band and started honing her performance skills all over the U.S. Maya's 2nd show found her performing in front of 8,000 people in Brooklyn. Shortly thereafter, she released her debut CD "Maya Who?" independently, selling it at shows and from her website. It was this direct connection with fans that led to much of her success and growth as a businesswoman. Maya's collaborations have also helped propel her career. Her collaboration with Stephen Marley won a Grammy for the album “Mind Control.” Most importantly, Maya Azucena believes that music is a tool for healing and activism. She sang in Washington DC at the Save Darfur Rally along with politicians and celebrities such as Barack Obama and George Clooney. Maya and Emmy-winning director Lisa Russell co-founded MDGFive.com, a multi-media website for maternal health awareness. It’s an interactive site in which users can create their own mash up videos. Through this collaboration she was invited to perform at Secretary General Ban Ki-moon's exclusive "Every Woman, Every Child" event at the United Nation's 2010 MDG Summit. Maya earned a Proclamation from the House of Representatives and won The Network Journal's prestigious "Top 40 Under 40" Award for her exemplary community work and business acumen. Maya consistently works as a Cultural Ambassador representing the U.S. and performed in countries as varied as Sri Lanka, Honduras, and Myanmar. Maya is headed to Tanzania in February for the Zanzibar Music Festival to co-write/co-produce a tune with African artists for Maternal Health Awareness, on the behalf of UNFPA and MDGFive.com. Maya’s song “Higher Power” was featured in the Eliot Spitzer film “Client 9.” A video is in the works for that song as well as the Marley-produced “Havin Fun” by Mr.Cheeks for his forthcoming album. 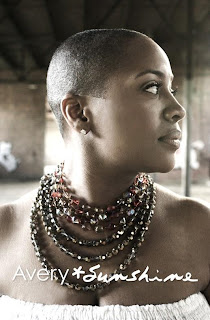 Bursting from an array of musical brilliance, singer/songwriter/pianist AVERY*Sunshine emerges onto the scene rooted in gospel, she reaches deep into that cornucopia of style and sound and sings a song which articulates the complexities of life with luminous insight. Fluent in many languages from soul and house to classical and hip hop, AVERY*Sunshine expresses with a voice that speaks boldly and tells a uniquely familiar story…a story about love and loss…healing…and finding the newness of oneself in the midst of it all. AVERY is a self-proclaimed therapist who wants to start the conversation that will lead to individual healing and in turn will affect our collective healing. She is a native of Chester, PA where she nurtured a natural talent by singing in church and leading and directing choirs. A former member of the renowned Wilmington/Chester Mass Choir, she honed her vocal instrument and sharpened her ability to play piano in her hometown, then headed south to Atlanta where she attended Spellman College. Though far from home, she was never far from her one true love – music. She embodies it. She lives to express through it. But AVERY’s talent couldn’t be contained within the walls and stained glass of the church for very long. Making her mark on the Atlanta-soul music scene, she and her Spellman sister, Broadway talent Maia Wilson, teamed up to form the singing duo Daisy Rew and later AVERY lent her voice to the soundtrack for Paramount Pictures’ THE FIGHTING TEMPTATIONS. In 2005, she was hired as lead keyboardist for Tyler Perry’s stage play MEET THE BROWNS, and last year she was sought out by vocal great Jennifer Holiday to be choral director for the theatrical production of DREAMGIRLS during the National Black Arts Festival in Atlanta. AVERY*Sunshine recently made history with daily performances at the Democratic National Convention in Denver and four private events during the 2009 Inauguration of President Barack Obama. With vocals and lyrics that are thick and strong yet jazzy-smooth, coined ‘jazzgosoul’ by a personal friend, it’s easily recognized that AVERY*Sunshine has been singing all her life. However her sound and her music is perfected in collaboration with her musical partner Dana Johnson, a classically trained guitarist, gifted lyricist, producer and the man behind the tracks. What started in church at a young age has been refined by experience, as she continues to proclaim her own story with her first CD project.
Posted by The Indie Review at 8:51 AM No comments: 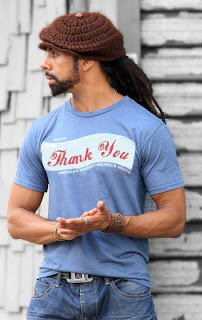 Darien Dean is an artist with a purpose. Hailing from Mount Vernon, New York, this soul singer burst onto the scene with alluring vocals and a distinctive stage presence. Fed a healthy diet of Hip Hop and Classic Soul, this multi-talented MC, singer, and dancer, honed his abilities as a producer, arranger and engineer to craft a more authentic approach to contemporary songwriting. A natural born entertainer, Darien’s spirited musical style earned him a coveted spotlight at the 2010 Soul Beach Music Festival in Aruba, opening for Mary J. Blige.  He has captured the interest of industry executives and enamored the Capital Jazz Festival audience.  He was crowned victor of the Budweiser Superfest 2010 Battle for the Crown of New York and ultimately the Grand Champion of the competition.  His humble, yet star-studded rise to fame has placed him amongst the honorable ranks of soul super heavyweights: Kem, Anthony Hamilton, Raheem DeVaughn, Jazmine Sullivan and others. "If These Walls Could Talk," Darien’s debut album (Righteous Music Records), has been met with much critical success receiving such accolades as Soultracks.com "New Artist of the Year", JazzandSoul.eu, "Top Track of the Year" award as well as Singersroom.com "Artist to Watch in 2010.” International recognition followed the release of his hit single “Alibi”. Darien, presently a favored contender on the global airwaves, has recorded with UK band Reel People. He is licensed under Japanese affiliate BBQ Records, gaining him popularity that knows no cultural divide. Recently, a stateside collaboration with fellow independent artist, Angela Johnson spawned the song "All in Me" which led to a Japanese Tour.  The song is steadily gaining momentum. Darien’s avant-garde delivery of timeless music with provocative social themes demands a rooted footing in the genre of Soul Music.
Posted by The Indie Review at 7:37 AM No comments: