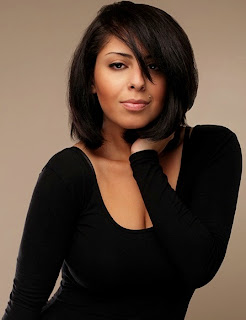 A multitalented & self-taught singer / songwriter / composer who possesses a voice so very enchanting in its purity, Ayah has experienced a fairly nomadic life & found her growing world indelibly touched by a vast array of musical genres, cultures and social climates. These elements would inevitably play an influential role in her writing.
Ayah, 25, creates her own unique brand of music, an eclectic infusion of classic Soul/Rock, R&B and hip hop; the musical prowess of contemporary RnB artists, Soul stirrers, & timeless legends. She has caught the eye of key players in the industry such as Dj Jazzy Jeff, who has helped launch the careers of many a classic artist.
Ayah has garnered a grass roots fan base with the release of her last two projects, “Problem Woman” & “4:15.” She has appeared on projects with artists like Freeway, Elzhi, Skyzoo, Mac Miller, Slakah the Beatchild, Tona, etc.
Today, Ayah is working with Dj Jazzy Jeff on their collaboration album, "This Way". “This is my life, it is not a hobby. This is my one true love, not a one night stand" - Ayah.
Posted by The Indie Review at 8:43 AM 1 comment: 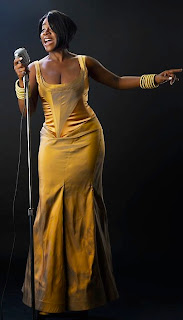 Sandra moved to New York in the early 80's on the offer of Roy Ayers to join his touring band Ubiquity. After seeing her sing with Ayers at the upper west side's Mikell's, Chaka Khan asked Sandra to join her touring outfit, and help her find & audition the new background singer unit. Sandra toured with Chaka throughout the 80's as well as Freddie Jackson and Glenn Jones. Alongside touring, she made her name on the session circuit honing her chops with some of New York's finest voices, such as Lisa Fisher, Cindy Mizelle, Audrey Wheeler, Brenda White King, Tawatha Agee and Curtis King. In 1986, Sandra was introduced to Peter Lord & Jeffrey Smith via Lisa Fisher at a Luther Vandross concert in Dallas Texas where she was visiting family. Peter & Jeff were known R&B producers and needed someone to sing their demos. Sandra fit the bill. Their three distinct musical backgrounds, classical, soul, pop, rock, jazz, melded together in the studio creating something exciting enough for them to want to record as a team. Hence the beginning of The Family Stand. Sandra began her solo career in 1993 signing to Elektra Records and recording the never released, "Sanctuary". Although never released as a St. Victor work, the album has had several songs used by other artists, including the title track "Sanctuary" used by Prince on his "Emancipation" CD, retitled, "Soul Sanctuary". "I'll Never Open My Legs Again" used by Chaka Khan on her "Come 2 My House" CD retitled, "I'll Never Be Another Fool", "Whatever You Want" used by Tina Turner, and "Love Is", also used by Prince for an unreleased band under his production. The song was renamed "Van Gogh". In 1996 Warner Brothers released Sandra's "Mack Diva Saves The World", a more solid radio effort than her Family Stand work, critically acclaimed as well, but still no radio support. Around this time, she was featured on legend Curtis Mayfield's last album "New World Order'" recording a duet with him, "I Believe In You". Going independent in 2001, "Gemini: Both Sides" was released via Expansion in the UK, and JVC in Asia, becoming an underground favorite amongst connoisseurs. During the Family Stand years, St. Victor's also wrote for Paula Abdul, with band mates Peter Lord & V. Jeffrey Smith. Sandra discovered R&B group Profyle from Shreveport LA and got them signed to Motown Records. Her song, "Lady" by Profyle, co-written with Tom Hammer was covered by The Temptations, and nominated for a Grammy Award in 2003. She co-wrote 3 songs on stand alone vocalist Lalah Hathaway's CD "Self Portrait", released in 2009, with one of the songs, "That Was Then" being nominated for a Grammy Award. Sandra formed a touring unit called Daughters Of Soul with a 2 hour show featuring Nona Hendryx of LaBelle, Joyce Kennedy of Mother's Finest, Deniece Williams (5 time Grammy winner), Caron Wheeler of Soul II Soul, Lalah Hathaway daughter of Donny Hathaway, Indira Khan daughter of Chaka, Simone daughter of Nina Simone, and Leah McCrae daughter of George & Gwen McCrae. Daughters of Soul toured the festival circuit doing Nice Jazz, Pori Jazz, Java Jazz in Jakarta, among others. Sandra also rejoined Chaka Khan on tour in Europe, and toured with Leon Ware doing Montreaux Jazz, Vienna Jazz, and North Sea Jazz in Holland.
Posted by The Indie Review at 11:04 AM No comments: