Indie Review welcomes Reality of Faces in the Crowd !

REALITY OF FACES IN THE CROWD 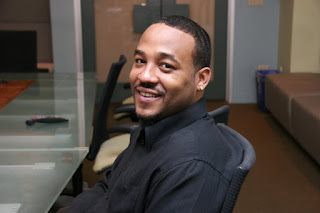 Jamaal "Reality" Meeks strives for perfection when it comes to multi-tasking. He is CEO of Future History LLC, Co-CEO of Faces In The Crowd Industry Showcase, Producer, Artist Manager, Blogger, and Entrepreneur. He has over 6 years of Music Industry Experience working as an A&R for SRC/ Universal Records working with the likes of Akon, David Banner, Asher Roth, Melanie Fiona, Wu-Tang, Pharoahe Monch, Camp Lo, and many more. He has also produced music for many of the shows you see on MTV, VH1 and Bravo Channels (TRL, Direct Effect, Cribs, Real World, VH1 Hip Hop Honors, Made, Sweet 16, 50 cent House Party, Shady National Convention, to name a few. He recently released a compilation album entitled “Future History LLC”. It was release digitally threw one of the top blogs www.2dopeboyz.com. He produced all the beats on the album and it features appearances from Bishop Lamont, Mistah Fab, Crooked I, Camp Lo, Emilio Rojas, Prodigy (Mobb Deep), Lot-A-Nerv, Donny Goines and many more. He also has a popular online lifestyle blog called www.futurehistoryllc.com that generates a lot of traffic and gives him an outlet to promote. He is also part of a great team called All Is One Entertainment that puts on monthly showcases called “Faces In The Crowd” for the unsigned community. So far they have helped 4 artist get major label deals. One of the most notable artist they helped was "Chrisette Michelle". Jamaal “Reality” Meeks is a name to know for the future. He has an incredible passion for music and it can be heard in his music. Get ready world this is FUTURE HISTORY LLC. Jamal will inform us on the upcoming Faces showcase at the infamous SOB's in NY and more. 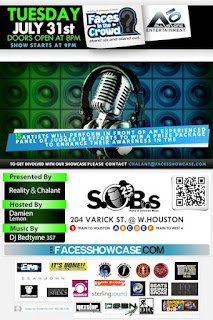 Posted by The Indie Review at 2:40 PM