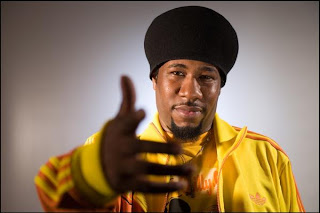 Human Beatboxer, MC, Host, Lecturer, Ambassador, These are only a few words to describe a True Talent. Originally from the City of Brotherly Love, Philadelphia D.R.E.S currently resides in Atlanta, GA, and has been described as a multi-talented phenomenon. His name is an acronym for the Divine Real Essence of Sound (D.R.E.S.). D.R.E.S. tha BEATnik has been compared to artists such as Rahzel the Godfather of Noize, Bobby McFerrin, Doug E. Fresh, and Biz Markie. In addition to the artists mentioned, D.R.E.S. tha BEATnik has also taken the stage with Black Eyed Peas, KRS-One, MF Doom, Busta Rhymes, DJ Jazzy Jeff, Slick Rick, Mos Def, Jurassic5, Dilated Peoples, Public Enemy, Talib Kweli, De La Soul, Rakim, Del the Funkee Homosapien, DJ Krush, Massinfluence, the Roots, Kanye West, DJ Green Lantern, Common, and Erykah Badu. D.R.E.S. tha BEATnik also lent his talents to Open Transport, a nationally-distributed video compilation featuring Pharoahe Monch, Reflection Eternal, and many other underground hip-hop artists. To really get an understanding of D.R.E.S. tha BEATnik's talents, take a listen to his first solo offering, Have Mic… Will Travel -- the first 100% beatbox produced album in the history of hip-hop. Within the project, the listener can hear D.R.E.S. integrate the sounds of drum machines, turntables, acoustic bass, horns, and melodies to put together a complete sound. In 2002, D.R.E.S. released his second album – Have Mic… Will Travel: The Live Experience, the album recorded at the Apache Café in Atlanta, contains live renditions of songs from D.R.E.S.’ first album, as well as, new material. Artists featured on the album include, Atlanta favorites Chiedza, Slick & Rose, and DJ Rasta Root. Backing D.R.E.S. is Live Wax, his 4-piece band. D.R.E.S. lent his talents to Showtime Networks in 2003 for a Hip Hop MC Battle Reality Show called, ”Interscope Presents: The Next Episode” – A 6 Part Series that followed the Highs and Lows of 10 MC’s to find the Country’s next top MC. The show had D.R.E.S. working with the likes of Cee-Lo Green of Goodie Mob & Gnarls Barkley fame, MC Lyte, Rapper Proof of D-12, Tommy Lee of Motley Crue fame, DJ Green Lantern & Xzibit. The show, as well as, D.R.E.S. was well received among Hip Hop’s Elite. Always embarking on new adventures, in 2006, D.R.E.S. toured the People’s Republic of China alongside Public Enemy’s Own DJ Lord. The 6-Week experience placed D.R.E.S. in front of Thousands of Fans who had only heard of Him on record. While in China, D.R.E.S. also made time to host a number of Hip Hop Clinics in which he educated the Youth of China on the Culture of Hip Hop, as well as, the responsibility of keeping the Culture of Hip Hop alive. He also took the time to film his accounts in China for a documentary called “The Beatnik Chronicles”. “I wanted to do this so that the world can see for itself what its like to live in China... I’m always looking to make a mark in the world and I believe that Hip Hop is the key to communicating with the Youth”, D.R.E.S. said in a recent interview. “The Role or Responsibility of an Artist is to advance civilization, as we know it.” The Year 2007 proved to be a Year of Milestones for D.R.E.S. tha BEATnik. In June of 2007, A painting of D.R.E.S. tha BEATnik created by Atlant Visual Artist Corey Whithead was comissioned to appear on the Barbershop Set of TBS' House Of Payne. The show debuted to a Record 5.8 million total viewers and 3.1 million adults 18-49 and has the distinction of being The highest rated telecast in the history of TBS. Also in October of that same year, D.R.E.S. entered a National Competition sponsored by SCION to find the Country's Best Live Show Host. The Competition called the SCION HYPEMAN Contest pitted D.R.E.S. against close to 30,000 Contestants. When it was all said and done D.R.E.S. tha BEATnik emerged as The NUMBER ONE Live Show Host in The U.S. and was dubbed SCION HYPEMAN!!!

Posted by The Indie Review at 4:56 PM