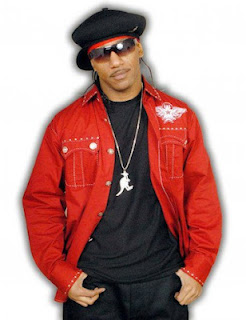 Kangol was recently honored by the American Cancer Society on May 17th at their annual Pink and Black Tie Gala in Brooklyn for the work he has done raising funds and awareness for Breast Cancer with the Mama Luke Movement, which he co-founded with his friend and business partner Shaunda Lumpkin. In May 2010, Shaunda's mother Gay Frances Lucas aka Mama Luke lost her 3 year battle with breast cancer 2 weeks after enjoying a cruise of a lifetime when she joined Kangol and Shaunda on the Tom Joyner Fantastic Voyage. Mama Luke had the pleasure of meeting many classic Hip Hop artists on this cruise and, in hearing of her passing, many of them have joined Kangol to be part of Team Mama Luke's fundraising efforts.
About Kangol: "After years of watching the Jackson Five, Sylvers, Osmond Brothers and Tom Jones and deciding he wanted to be an entertainer, Kangol was asked to join rap group UTFO as a breakdancer. Then months later, he and his group, U.T.F.O., became the Rap and Breakdance act in the country. While "Roxanne, Roxanne", their phenomenal top 10 single screamed up the charts, U.T.F.O. were voted best rap group, at the Urban Music Awards, had featured spots on Don Cornelius' Soul Train, Phil Donahue Show and performed live for actors like Dustin Hoffman, Tony Danza and was the first rap group to perform at Harlem's World Famous Apollo Theater as they opened for Hall & Oates and Temptation's Eddie Kendricks and David Ruffin. Kangol acquired his nickname from neighborhood friends, because of the many Kangol hats he owns and wears. He is also officially sponsored by Kangol Headwear, Inc. Kangol wears many hats in his profession. He balances his time between Producer, Composer, Performer, Artist Manager, Songwriter, President of his music production company, Kangol's Kreations, Inc., and CEO of his Public Relations firm, Kreative Media Group. His lecturing at High Schools and Colleges nationwide (including Harvard) on today's business of music has led this Brooklynite to receiving a proclamation from the City of New York for being the first Haitian in Hip-Hop Music. In 1985, he wrote and composed a song on "Lisa-Lisa and Cult Jam with Full Force" platinum album. Later that year, he formed, managed and produced the immensely popular rap/singing group, "Whistle". In 1986, Whistle's first single, "(Nothin' Serious) Just Buggin'" (written and produced by Kangol and Howie Tee) became an international hit which contains a distinct whistling sample that can be heard scratched on DJ Jazzy Jeff & the Fresh Prince’s recordings. 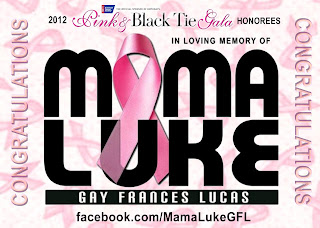 Posted by The Indie Review at 1:35 AM