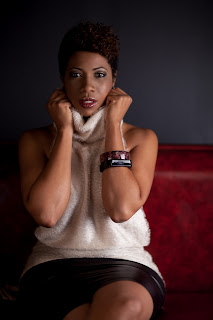 The Bitter Suite, part-one of Carmen Rodgers’ newest project after a five-year Hiatus, was released worldwide Summer 2010 to critical-acclaim. On May 2, 2011 “The Bitter Suite – Deluxe Edition” released featuring 3 additional tracks including house remixes by International House DJ & Producer Salah Ananse.
The video for the hit single “It’s Me,” directed by Digibees Digital Solutions, is receiving rave reviews for its distinctive and mysterious plot and art direction. The single has also recently been added to rotation on VH1 Soul, BET’s Centric TV, Music Choice and VH1.com. The New Year brought in several unique opportunities including an exclusive Indie artist feature on BET.com, Centric.com and Soul Train.
Intermission, part-two of the sophomore project will drop Fall, 2012 which includes a duet with rising Soul Star, Anthony David, and tracks produced by highly sought after producers Ernie G. (Dwele, Lalah Hathaway), Daniel Jones (Chrisette Michelle, Joe), Shaun Martin (Kirk Franklin, Chaka Khan) and S1 who produced the 2010 monster hit “Power” for Kanye West and Beyonce’s summer smash “Best Thing I Never Had.” The “lyrical psychologist” describes her first album as being “Sweet. It complimented who I was at the time, but I’ve grown since. I’m ready to be me and make my music real.” Singing background with various artists, including Stax recording artist N’Dambi, allowed her to develop a unique style.
Owning and operating Candigirl Music with partner Michael Reimonenq of Acoustical Endeavors Entertainment has given Carmen the ability to have free range in her creativity and business decisions. Fans can look forward to a sensational album fusing musicality, melody and lyrics; from the upbeat anthem to the heartwarming ballad to the sexy gem. Look for “Intermission” to be available worldwide, Fall 2012, as Carmen partners with Bonzi Records and Fontana/Universal for this highly-anticipated release.

Posted by The Indie Review at 2:48 PM