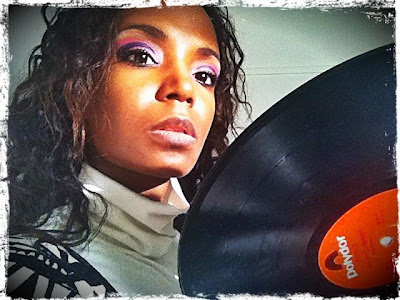 CILLA K. is a producer, singer and songwriter based in New York. Her music brings Jazz, Alternative Rock, Hip Hop Soul and Funk music influences together. She  was first noticed for her collaborations with Junius Bervine (early N.E.R.D team), Jneiro Jarel and for producing her debut album "Fine Line" released in April 2010. The album also featured collaborations with other producers of New York (D. Pattillo), (Lord Khaliyl) (Danny P.), Chicago (Junius Bervine), the French Caribbean (Dj Sky)  and Germany (Dr.Jango). Born in the French Caribbean (Guadeloupe), Cilla was accepted by Sarah Lawrence College where she studied History. On her way to a casting call in Chelsea, she ran into David Pattillo, a producer/writer in Nyc, The two worked together over a period of 3 years and brought on board other artists such as Clay Sears and Mr. Khaliyl of 'Da Bush Babees'. Cilla K. also produced her 2nd album "New World Lullabies" released in February 2012, featuring collaborations with Chicago based producers Tensei, U.K producer Sid Mercutio, as well as producers Dr. Jango from Germany and 86'd from New York. Stay tuned for shows and appearances in the U.S. and abroad.

Posted by The Indie Review at 2:52 PM