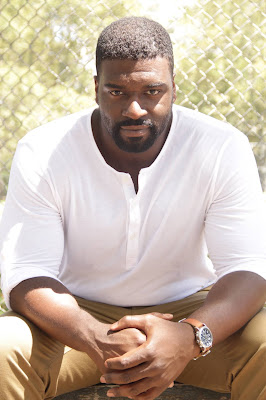 From plays and stand-up routines in front of his elementary school classmates; talent shows and statewide art competitions in middle school; to TV productions, and professional modeling gigs in high school and college, Stephen has always been a man of artistic expression. Upon graduating with honors in mass media/broadcasting from Hampton University, he began his professional career as a copier salesman in his native New York City. After a few years of door to door sales for Xerox Corp. by day and intense acting classes with famed coach Susan Batson by night, he received the fearful news that his mother had been diagnosed with pancreatic cancer. Witnessing her fatal bout with the debilitating disease at the young age of 61 was the catalyst that thrust Stephen back into the artistic world. Having raised five children, the youngest of whom with Downs Syndrome, his mother never got the opportunity to fully express herself creatively. So Stephen honors her sacrifice by pursuing his acting career with physical and emotional vigor.

Armed with the memory of his mother, the blessing of his father, and the support of his tribe, Stephen soon left behind the perks of a steady paycheck, healthcare, and printing free headshots and scripts, to pursue acting full-time. After years of student/indie films, plays, film festival circuits, and continued study he developed a hard-earned reputation for solid work in drama, comedy, voice-over, and commercials #ByIndieMeansNecessary. His dedication has filled his resume with work on Law & Order SVU, It’s Always Sunny in Philadelphia, Political Animals, Blue Bloods, Boardwalk Empire, HBO’s Lewis & Clark, Luke Cage, among others. Stephen’s most recent work includes Steve McQueen’s feature film Widows, Terence Nance's HBO series Random Acts of Flyness, Manhood (The National Black Theater), and the Cary Fukunaga helmed Netflix series Maniac. Follow Stephen's social media accounts for BTS postings of his most recent work in the role of Theodore TC Calvin in the 2018 reboot of Magnum P.I.

Posted by The Indie Review at 1:38 PM