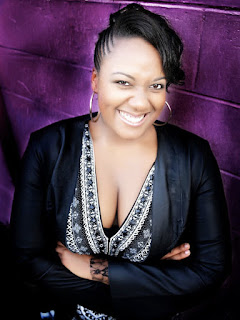 If certain things are said to be timeless, pure talent is definitely one of them. Lydia René is soul music's answer to that intangible quality that consistently moves audiences across generations. The sultry articulation of her vocals draw listeners to her music, while her frank songwriting adds honesty and wit to her relatable messages.

To say it plainly, it is bold musicality that sets Lydia René apart from the pack. A classically trained pianist and accomplished musician, Lydia René’s sound is best described as smooth out-of-the box soul. Puckered with sonic surprises, it is infused with jazz riffs and alternative stylings that help take the listener to a higher musical plateau than that of the norm. Lydia René’s eclectic influences and free spirited musicianship culminated in her first release My Love IS My Life, recorded live in 2008.
As a new artist, it didn’t take very long for people to take note of her musical star power. She quickly embarked on a live performance schedule that included venues all around the Philadelphia area and beyond, including headlining gigs that showcased her attention-grabbing live presence, winning raves at every stop. She has also had the opportunity to work with acclaimed producers and musicians like Burn N Bush (Lauryn Hill, Aretha Franklin), BAM (Lil Mama), Damon “Mr. Dizzy Fingers” Bennett (Jay-Z, Christina Aguilera, Justin Timberlake), and Stan Davis (Kindred The Family Soul, Kelly Rowland, Teena Marie). Not limiting herself to her own project, she’s also written songs for projects by multi-platinum artists Toni Braxton and Lil’ Mo. Growing up in Mount Holly, NJ, Lydia was a prodigy whose parents exposed her to a myriad of genres including classical, jazz, gospel and rock. Her father, who is a singer, pianist and music teacher, would quiz young Lydia on the music of legends like Stevie Wonder and Gladys Knight, and she’d nail it each time. She quickly developed her own musicianship performing in her school’s jazz band as a pianist, in the marching band as a bass drummer and xylophone player, and as co-captain of the drumline at the competition level, taking home the “Woody Herman Award for Excellence in Jazz.” Lydia continued her love of music behind the scenes while studying fashion at Philadelphia Univeristy. It wasn’t until 2008, however, that the aspiring artist branched out and began pursuing her professional career. Taking inspiration from her idol Jill Scott, she embarked on a journey to the stage that has blazed her trail through today.
As Lydia René builds upon her ever-growing fan base and prepares for her debut studio album, she continues to touch audiences with the musical dexterity of her live performance. Whether crooning over love or examining life’s little stresses, whether singing funky grooves or belting classically styled compositions, one thing is certain... her sound and artistry continue to develop into the timeless gift we call great music.