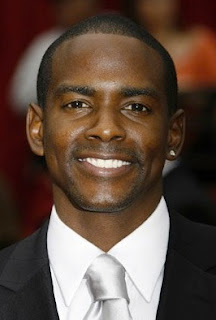 Keith Robinson is ahead of the game. He’s a true triple threat having already mastered acting and songwriting, he’s now positioning himself to take over the music world with a velvety voice. Before he made his way to Tinseltown, the Kentucky native set his sights on music and attended the University of Georgia. While there, Robinson was offered a record deal with his group State of Mind, but no music was released. Upon traveling to Los Angeles, Robinson had a chance meeting with a film and television manager who jumpstarted his acting career. From there, he thrived and achieved an incredible 42 projects of both television and film while still pursuing a music career--placing songs on many film and television projects he was involved in as a solo artist. Keith’s best known for his critically acclaimed role as C.C. White in the Academy Award nominated and Bill Condon directed film, Dreamgirls, alongside Beyonce Knowles, Jennifer Hudson, Jamie Foxx, Eddie Murphy and Anika Noni Rose. In the musical, Robinson’s big solo, “Patience,” which he also performed live at the Academy Awards, earned him an Oscar nomination. In addition, Robinson’s voice is heard on six songs from the film’s soundtrack. Undoubtedly, Dreamgirls was a major benchmark in Robinson’s career. Since that milestone, he’s been poised to make his mark in music. After Dreamgirls, he began recording his debut album, Utopia, released in 2009. Since then, he’s released several songs for fans to enjoy including, “My Hustle” produced by RZA, “Simple Hello,” “Ride for You,” “Thirsty,” and “DJ Lady. Robinson then filmed This Christmas co-starring Chris Brown, Idris Elba, Loretta Devine and Delroy Lindo. He went on to star in Dear John opposite Channing Tatum and Amanda Seyfried. Roles in 35 and Ticking and Hopelessly in June soon followed. Next, Robinson began filming and recording songs for Dysfunctional Friends, co-starring Stacey Dash, Meagan Good, Hosea Chanchez and Terrell Owens. Now, he’s currently in the studio preparing for his sophomore release coated with an “European soul and Hip-Hop” sound. The first single from his yet-to-be-titled album also happens to be “Same Rules,” from Dysfunctional Friends. If that wasn’t enough, this renaissance man is writing songs for T.I. and Tiny’s group the OMG Girls at the same time. Throughout his entire life, Robinson has listened to Stevie Wonder, Donnie Hathaway, Sting, Seal, Joe and Sade with a keen ear. Keith founded his own scoring company, Theme Song. Since its establishment, Theme Song has scored music for movies like Blade 3, Fat Albert, 35 and Ticking in which he also starred. Most recently the budding company scored Divorce Invitation (2012) starring Robinson himself alongside Jonathan Bennett, Jamie- Lynn Sigler and Nadia Bjorlin. Looking back on Robinson’s illuminating and rich career it becomes apparent that everything he does is driven by his love and passion to move people. In his immediate future, Robinson has three films set to release later this year: Caught on Tape, Divorce Invitation and The Redemption of a Dog. The latter stars seasoned actor and reality TV star Tamara Mowry-Housely and screen legend Lynn Whitfield.

Posted by The Indie Review at 6:54 PM