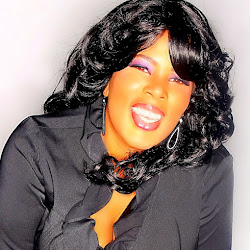 Critically acclaimed classical singer, actress and recording artist Bridgette Cooper is a 2012 Marian Anderson Scholar and was guest soloist for the 73rd Annual Lincoln Memorial Concert Revisited. Bridgette was recently notified that she is the 2012 Distinguished Alumni Award recipient from East Carolina University School of Music. Ms. Cooper made her Carnegie Hall debut in the Weil Recital Hall in the Voices of the New Millennium Concert in New York City. Her guest soloist engagements include singing for the People’s Inaugural Luncheon Tribute to First Lady Michelle Obama,  The International Caribbean Heritage Awards, The Bahamas Independence Day and Goombay Festival which celebrates her Bahamian heritage, The New Haven Connecticut Celebration of the life of Dr. Martin Luther King Jr. Recital,  The Royal Palm Beach Celebration for Dr. Martin Luther King Jr. in Palm Beach, Florida, The !00th Celebration of Christ Episcopal Church in Miami, Florida,  as well as soloist for St. Christopher's Episcopal Church in Haverville, Florida. Bridgette was also featured as guest soloist for the unveiling of Thomas Jefferson's historical "North Star Newspaper" at the Benjamin Banneker Museum. She has performed in recital throughout the United States and Europe.
Ms. Cooper was featured on FOX45 Morning Show, singing a selection from her debut CD, Heavenly Grass: Great American Art Songs. Her television credits include the role of the clerk in fifth season of the HBO series THE WIRE, Toyota commercial, and the television pilot project The Washingtonian for HBO produced by Sarah Jessica Parker. Her debut CD Heavenly Grass: Great American Art Songs premiered to rave reviews.
Ms. Cooper has performed with The Lyric Opera of Chicago, the Charleston Symphony International Tour of Porgy and Bess performing the roles of Bess and Clara, The Israel Jerusalem Music Festival, Aspen Opera Theater and Opera Ebony Young Artist Program to name a few. Her debut with The Washington National Opera helped to establish her as not only a world class opera singer, but also an advocate for the education of opera for our younger generation, with The Washington National Opera Look-In Program where she performed the role of Tituba from Robert Ward’s The Crucible. Her operatic repertoire includes Carmen, Flora from La Traviata, Thisbe from La Cenerentola, Dorabella from Cosi fan Tutti and Dido from Dido and Aeneas, to name a few, as well as several oratorio works. Bridgette’s musical theater and stage play performances include the National Broadway Tour of Show Boat and American Theater of Harlem’s Picnic and Raisin in the Sun.
Ms. Cooper is the recipient of several awards including the Paul Robeson National Vocal Competition,  Marjorie Lawrence International Vocal Competition,  Bel Canto Competition of Chicago, the YWCA Studio Club Competition,  International Who’s Who of Professional and Business Women, and  Ms. American Achievement of District of Columbia and the National Association of Teachers of Singing state and Regional Finalist. She is also contributing editor for several on line music magazines.
Bridgette received her Bachelor of Music in Opera Performance from East Carolina University where she was awarded outstanding College students of America and then went on to study at the prestigious American Institute of Musical Studies in Graz, Austria.

Posted by The Indie Review at 4:15 AM