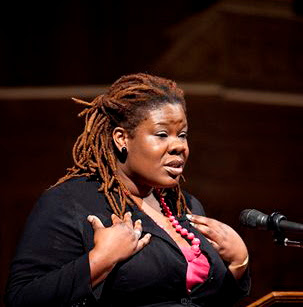 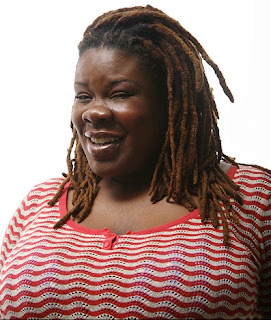 Inspired by her experiences as a single working mother living in a marginalized community, Tanya Fields founded the BLK ProjeK in 2009 as a response to sexist institutional policies, structurally reinforced cycles of poverty, and harsh inequities in wealth and access to capital that result in far too many women being unable to rise out of poverty and sustain their families. The group was nominated for a 2011 Union Square Award and Tanya has the honor of being a  Green for All Fellows, through which she connects with a national cohort of environmental justice change agents. With a Bachelor’s in Political Science from Baruch College, and a talent for public speaking, blogging and singing, Tanya has become a sought after speaker.  She provided a widely praised keynote speech at the 2012 Just Food conference, and served as a plenary panelist for the 2011 conference of the Northeast Sustainable Agriculture Working Group. Previous to the BLK ProjeK, Tanya worked with several high profile environmental organizations located in the South Bronx - Mothers on the Move, Sustainable South Bronx and the Majora Carter Group.  Tanya built upon the network, skills, resources and knowledge she gained through those experiences to create the BLK ProjeK. She is a reputed and rising public speaker and educator. She has spoken, conducted workshops and participated on panels at Just Food Annual Conference, NOFA NY Winter Conference, Manhattanville College, Kingsboro College, Brooklyn Food Coalition, NEWSAWG and others. She currently writes a twice monthly column on food and food justice for EBONY.com and contributed a chapter for the book "The Next Eco-Warriors" by Emily Hunter

Posted by The Indie Review at 9:47 PM