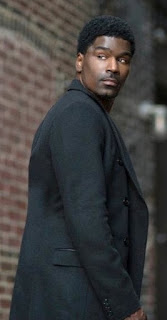 He took the world by storm with the release of his critically acclaimed debut album “World Outside My Window”, released world-wide on Epic Records several years ago. Now, Glenn Lewis (a Grammy nominee and Juno award winner) is poised to storm back to his rightful place in today’s current music scene. The globally heralded singer/songwriter is putting the finishing touches on his upcoming album Moment of Truth (Ruffhouse/EMI), which will feature a track with fellow Canadian Melanie Fiona. Armed with abundant enthusiasm and prolific vocal abilities, Glenn Lewis endeavours to deliver heartfelt, melodic songs meshed with heart pounding beats that are certain to strike a cord in the hearts of men and women alike. When asked about his current musical mindset, Glenn’s response was: “It’s been quite a journey over the last several years….one that has enabled me to learn and grow. I’m so grateful to all of my fans and supporters for never wavering”. All that I do, I do for them. They will not be disappointed.” This time around, Glenn Lewis’s melodious focus is to fuse the very best elements of all of his musical influences (Stevie Wonder, Donny Hathaway, Charlie Wilson, Joni Mitchell and The Beatles), and develop an album that’s organic, contemporary and original, yet reminiscent all at the same time. During a recent outing, one of Glenn’s impassioned fans playfully bellowed “The world is waiting for you Glenn!”. You better believe that Glenn hears you, and the thousands of other eager fans around the world, loud and clear. After garnering the highest praise from one of the world’s greatest wonders, Stevie Wonder himself (who personally interviewed Glenn at his radio station in L.A., and invited Glenn to perform with him at his concert in Toronto, Canada), Glenn Lewis is carefully and earnestly creating an album that his fans and industry peers will embrace. After exploring the world outside his window and subsequently coming back for more, the remarkably modest, humble and exceptionally gifted performer is gearing up to prove that he deserves to earn a place among the Music Industry’s elite vocalists. Glenn looks forward to delivering the same magic on Moment Of Truth. With a lifetime of musical exploration under his belt, there’s no doubt that Glenn’s music will speak for itself.

Posted by The Indie Review at 8:58 AM