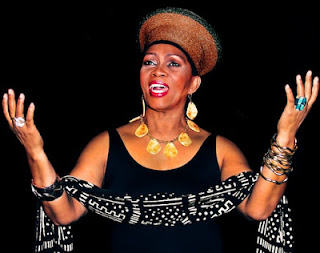 Thuli is winner of the Sir Lawrence Olivier Award in London and the Obie in New York for her lead role in Poppie Nongena. She’s the winner of three (3) Audelco Awards in New York for writing, directing and performing her one woman show Buya Africa, she also won the FNB Vita Award when she performed Buya Africa at the Civic theatre in Johannesburg South Africa. Thuli played Rafiki in the Lion King on Broadway, Poppie Nongena in New York, London, Toronto, Australia and Chicago. She performed Bongi in Bongi’s Journey at Crossroads theatre in New Brunswick, Lost in the Stars on Broadway, Kamadonsela (Lady Macbeth) in Welcome Msomi’s Umabatha in South Africa and abroad. Sheila’s Day at Crossroads Theatre in New Brunswick and The Market Theatre in Johannesburg, Madre in Juan Darien Off Broadway and many more. Thuli was the featured soloist in the movies Cry Freedom and Power of One and Serengeti for Imax Theatre. She also did a lot of commercials. Thuli has toured the world doing concert shows during the Apartheid time raising awareness about the plight of fellow South Africans. She has memorable moments when she was working with the late Miriam Makeba. She was the lead singer in a female group, Thokoza and was honoured when she participated in Mandela’s 80th birthday celebration. She was invited by the department of Education in New York to tour schools teaching young people about the role of Africa in the world through music and dance. Thuli was a vocal coach for Sarafina on Broadway and was vocal coach and musical director for Sheila’s Day. She was the choreographer for Umabatha, Muntu Dance Theatre in Chicago and Dinizulu Dance Company. Thuli was the Dance Director for IZulu Dance Theatre Company for 7 years. Thuli continues to work with Broadway Cares/Equity Fights AIDS and the Lion King Companies in America, providing them with beaded merchandise to raise funds for HIV/AIDS.  She has a group of 20 rural women in the village of Galibasi in Muden KZN in South Africa that do beadwork and sell it abroad to theatre goers in New York. Part of the money raised goes to AIDS organizations in SA.

Posted by The Indie Review at 4:37 AM