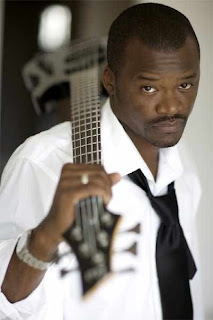 Born Malik Boyd, into a musical family nestled in the outskirts of Philadelphia, Soul was on a mission from the very start. As a young boy, Soul would sneak downstairs in the middle of the night to listen to his father’s 12” records. Although knowing this was forbidden by his mother, Soul spent countless nights soaking in the musical styles of Mandrill, WAR, Marvin Gaye, and Issac Hayes. Although these aural lessons did not immediate manifest anything in his life, it would become part of the foundation for his destiny. A small, family oriented church is where Soul would begin his journey. Soul got his music feet wet, singing on just about every choir his church had.  However, the church was very strict, opting not to use any other instruments than a piano and organ. But every Sunday, Soul could hear the beat... hear the bass line... hear the guitar... no matter how fundamental the structure, he could see the musical picture. And this would be the driving force for many of his encounters with music. High school years seemed to turn the tide, as Soul, going by his birth name at the time, was forced to use sports as a proving ground. However, there were glimpses of what was to become, as teachers and counselors, pushed and prodded for more, encouraging him to seek the next level. College began no different. But as the first semester passed, Soul felt something changing in his life. “I woke up one day, and realized that no sport compared to what I felt when I listened to or sang music”, says Soul. “It over took me in ways I couldn’t imagine. And I spent my days... every waking moment... in the rehearsal rooms with the piano, writing and creating.” The choice to listen to this inner voice would drive Soul from college, up to New York, with very little money and a quest to complete the dream of becoming a singer. Job after job, opportunity and opportunity, label meeting after label meeting... the quest showed signs of promise, but ultimately would lead to disappointment. One day... that luck changed. Soul met Kool (of Kool and the Gang fame), and after that meeting, Soul walked out with a new manager and a new vision. He began working with Kool and recording in the studio. While this union was short lived, it catapulted Soul into working and recording with some of the music industry’s top producers. Soul also started an open mic venue aptly named “Philly Unplugged”, which ran weekly for 7 years. That single vision gave way to opportunities that allowed unsigned artists to perform on the same stage as artists like Floetry, Jeff Bradshaw, and Teddy Riley, while creating a buzz that would allow Soul to perform on various stages across the country. Soul moved to LA to record with producers like Kenny & Charlie Bereal (Jamie Foxx, Mary Mary, Tweet). Through this pairing, records like “Choose Life”, The Morning After”, and “Jonz 4 U” were created. Soul began to hear more songs in his head. A notepad by his bed left him full of ideas and melodies. Not waiting to describe his visions to another, he went out and built a studio in his home. A quick study, Soul learned how to produce records and translate those melodies into song. With this studying, he not only fell back in love with playing the keys, but also learned the bass. From this, “Rollacoaster”, A Word From You”, “Never be That Way”, and “Toy Story” were created. Politically active, Soul was the first music artist to ever make a transition to become President of the Philadelphia Young Democrats, and lead youth in community service, advocacy, and quality of life issues…some of the very same things he writes about in his music.