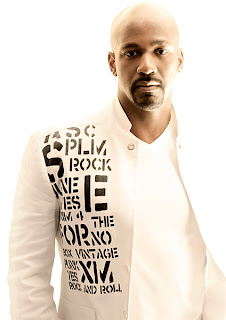 Gordon Chambers is a Grammy Award-winning American singer-songwriter and record producer who has written songs for over 75 recording artists including Angie Stone, Yolanda Adams, The Isley Brothers, Brandy, Trey Songz, Chaka Khan, Patti Labelle, Usher, Marc Anthony, Jamie Foxx, Aretha Franklin, Whitney Houston and Beyoncé Knowles. His #1 hits as lyricist include Anita Baker's Grammy-winning hit "I Apologize", Brownstone's Grammy nominated hit "If You Love Me", Angie Stone's "No More Rain (In This Cloud)", the Grammy nominated theme of Set It Off "Missing You" (performed by Brandy, Tamia, Gladys Knight and Chaka Khan) and Yolanda Adams "Someone Watching Over Me". He is the winner of eight awards from the American Society of Composers, Authors and Publishers (ASCAP), has four Dove Award nominations, and has been nominated for two Grammy Awards, winning for the song "I Apologize" that he wrote for Anita Baker. His songs have been performed at the ESSENCE Awards, American Music Awards, The Goodwill Games and the White House. His prestigious appearances, in addition to acclaimed European and Japanese tours,have included the Essence Music Festival, The Congressional Black Caucus, The Apollo Theater, Constitution Hall, B. B King's and the Kennedy Center.
While working as entertainment editor for Essence magazine in 1993, an interview with Queen Latifah led to the opportunity to write the song "Winki's Theme" that appeared on her 1993 album Black Reign. His solo albums have been nominated for Independent Soul Album of the Year by Soultracks.com and have been among CDBaby's top R&B sellers. His first solo album "Introducing Gordon Chambers" was released in 2005. The debut featured special guests Carl Thomas, Glenn Lewis, Sara Devine, Roy Hargrove and Mike Phillips. His second album, Love Stories, was released in 2007 and features soul artist Ledisi. Gordon Chambers is on the precipice of yet another exciting milestone in his career as a recording artist with the release of his third solo album, Sincere. Featuring production by The BeatBanggahz (Kenny Lattimore, Trey Songz, J. Holiday); A. Jermaine Mobley (Music Soulchild, Lalah Hathaway, Carl Thomas, Eric Roberson), and Chambers himself—alongside flavorful newcomers Darien Dorsey, Blake Melodius and Mike Severson, Sincere effortlessly melds a pop/ R&B sound with a classic soul aesthetic that is certain to surprise and delight contemporary R&B fans and soul enthusiasts alike. Sincere also finds Chambers reuniting with one of his former duet partners, vocalist Sara Devine, on the Thomas Whitfield gospel standard “Walk With Me, Lord.” Recorded live at a gig and unrehearsed, the spontaneous rendition evokes all the intensity of a Sunday morning praise & worship performance. With all the ingredients at hand, it’s hard to imagine that Chambers’ recipe could lose. “There are many sounds on this album, but I think there’s truly something for everybody on this album,” he says. “A lot of the great artists of our time have taken chances. I took chances sonically this time, because change is inevitable. This is an album that is reflective of where I am in this moment in time. Sincere has something old, something new, something borrowed, and something blue. This is the chapter I’m writing at this point in my career. And the way it’s sequenced, it takes the listener from the current to the classic. It’s a nice journey. You cook with what’s in the kitchen at the time.”