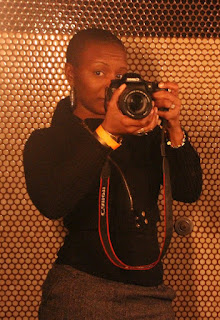 Stacey Muhammad is an award winning filmmaker who has written, directed and produced a series of award winning short films of both the narrative and documentary genres.
She has given presentations, lectures and participated in panel discussions in both the academic and non academic setting on a broad range of topics including independent filmmaking, hip hop culture and social issues. Ms. Muhammad served on the national staff for the planning of the Million Man March which served as inspiration for her first documentary film, "A Glimpse of Heaven, the Legacy of the Million Man March", released in 2005 to rave reviews. Since that time, the New Orleans native has begun the work of documenting and preserving Hip Hop culture through film and digital media and the creation of several award winning short films. Her work includes multi-media projects, music videos and short form films including, the award winning "I AM SEAN BELL, black boys speak", which made its film festival premier at the PATOIS, New Orleans International Human Rights Film Festival. An official selection to the HBO/Media that Matters Film Festival, where it was awarded the "Speaking Out Award", this film has received national acclaim and toured internationally, screening before audiences worldwide as part of the HBO / Media that Matters one year film festival tour. Her documentary film, "Out of our Right Minds, Trauma, Depression and the Black Woman" was released in March 2010 and has already received rave reviews. The film premiered at the PATOIS International Human Rights Film Festival in New Orleans, LA. Her latest project, (short narrative film) "FOR COLORED BOYS, REDEMPTION, starring Julito McCullum (The Wire) and Rob Morgan (Pariah) is currently on the festival circuit. As co-founder of Intelligent Seedz with activist / artist, Wise Intelligent, Stacey is committed to teaching youth the art of filmmaking and equipping them with the necessary tools to tell their stories. She currently resides in Brooklyn, NY and serves as Assistant Film Festival Director of the REEL SISTERS of the Diaspora Film Festival and Lecture Series. She is currently penning her first feature script.

Posted by The Indie Review at 3:01 PM