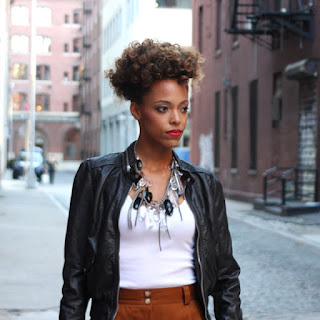 
Jillian was born to be a sweet inspiration. She could've become a really inspiring lawyer, professor or heart surgeon, but the stage is her medium of choice. Her debut EP album Searching For Home (The Urban Gypsy EP) is heavily influenced by her Motown roots. “A few years ago, I sang inside of Studio A at Hitsville USA. The famous Studio A!!! While I was in that room, I did everything I could to soak up all of the hit-making karma and the mojo from the ones who did it best. Marvin. Stevie. The Temps. And of course, Ms. Ross.  I want to make music that means something to people. And write songs that grow with you as you grow.” Her writing is heavily influenced by those greats as well as her degree in English Lit. and Afro-American Studies from The University of Michigan. “I’ve studied the best writers who’ve ever lived. I’ve analyzed Shakespeare’s wordplay and Frederick Douglass’ rhetoric. These things definitely creep into my writing style and hopefully will develop over the coming years.” The day after her UofM graduation, Jillian embarked on her professional performing career by auditioning for Aretha Franklin. Now living in New York City, she has already graced the stage at the infamous Village Underground, Ashford & Simpson’s Sugar Bar and has held regular gigs at restaurants from Harlem to the West Village. Also a classically-trained actress, Ms. Walker has appeared in the off-broadway and National Black Theater Festival hit All American Girls: A Negro League of Their Own, played Edmund in King Lear, Olivia in Twelfth Night, Tituba in The Crucible, and Marvel Ann in Psycho Beach Party.  Earlier this month she was seen playing the ingénue/budding pop-star Angelique in a New York premiere adaptation of Moliere's Imaginary Invalid and recently revisited the role of Tituba in The Crucible at The New Ohio Theater.  She is not a stranger to film either, and has starred in short films and appeared in small roles on Law & Order: SVU. While no longer in Detroit, Jillian is staying close to her Motown roots as a member of the well-known Inspirational Ensemble of Convent Ave Baptist Church in Harlem, singing the gospel that formed the basis of R&B.  While Searching for Home is available online, selling copies in the UK, Japan and the US she has begun writing material for the follow up album. More inspiration from the Urban Gypsy is on the way. Don’t wander too far. 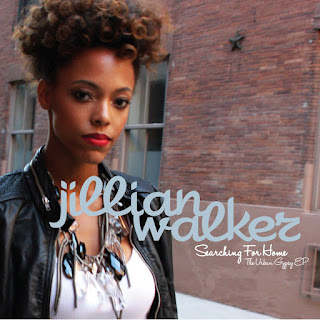