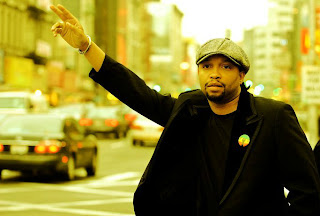 Demetress ‘Nuwamba’ Cook isn’t your average neo-soul artist. Hailing from Fort Worth, Texas, the singer/songwriter is fully aware of what the industry’s expectations are- he’s just totally unaffected by them. Nuwamba has been following his own rules since the second grade when he started singing in his grade school’s glee club. Growing up in one of the largest cities in Texas, his personality is a mix of pragmatism, sensibility, and down home comfort. The latter especially, is reflected in his music. His vocal presence is weighty over instrumentals, weaving itself throughout soft lyrics about love and relationships. For Nuwamba to never have been classically trained, he succeeds in holding listeners captive with a single note.
In his younger days, Nuwamba took note of his parents’ love for music. At home, music had always been a major part of life, but it wasn’t until he decided to join the chorus at school, when he saw and felt a true personal connection to it. It was his participation in glee clubs and church choirs where Nuwamba gained the confidence to claim singing as his destiny. By his senior year of high school, he was writing songs as well, but it wouldn’t be until his meeting with Atlanta-based entrepreneur William Griggs when Nuwamba began realizing the necessary development in becoming the best artist he could be.
Nuwamba had begun traveling back and forth between Atlanta, Dallas and abroad, taking his career to the next level. It was at the top of the millennium that he’d started working closely with Griggs, who had been building his own connections within the industry as a special project manager for Warner Brothers Records. Griggs had been promoting an event series called Chocolate Soul that was immediately beloved by the bohemian set in Atlanta. Nuwamba took advantage of the opportunity to perform every chance he could. Once the buzz for Chocolate Soul grew, Griggs started producing compilation albums by the same name, showcasing the artists who were crowd favorites (Raheem Devaghn, Eric Roberson, Cee Lo, Kindred the Family Soul) at the weekly festival. Nuwamba was featured on the Chocolate Soul’s Deluxe CD compilation. His “Take Me Away” is an ethereal ode to taking a moment away from the hustle and bustle of this fast-paced world and finding peace. His song “Forever” was a part of the This Is Soul 2006 compilation released by SoulBrother Records in London. Nuwamba’s music was also on the Soul Lounge compilation released by Lightyear/Warner. His work appeared alongside talented major artists such as Common, Mint Condition, Omar, and Conya Doss on the Luire Presents RELAxY Pocket compilation (Japanese release). By then, Nuwamba had become Griggs’ primary artist on his fledging Chocolate Soul imprint, and while he worked on the label compilations, he was constructing his own debut album Above the Water (2006). Above the Water was a joint venture release between Griggs’ Chocolate Soul as well as Nuwamba’s imprint, BornSoulful Entertainment. Nuwamba’s talents were well-received by the public after the album’s official release. He’s been onstage in LA and New York. He’s blessed the microphone from Baltimore and D.C. to Atlanta and has even gone overseas with his talents to Kaiserslautern, Germany.

Posted by The Indie Review at 1:37 PM