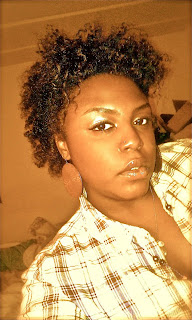 When you're first introduced to the soulful and artistic sound of *B~Free*, it is but a mere taste of all that this young lady is capable of. From the pureness of her voice to the depth of her lyrics, there is no doubt that the 24 year old singer, songwriter, producer and musician is sure to leave her mark on music scenes throughout the Midwest and beyond. Born in Chicago and raised in Milwaukee the inheritance of a musical family lead her to discover her love for the art form by the age of 2. She began singing and playing piano in her early years and has been writing and composing music since the age of 13. She majored in music throughout high school and college and has been thoroughly trained in a multitude of genres including jazz and classical flute, voice and piano. Since then, she has been able to hone her craft and develop a multifaceted sound. Now armed with a B.A. in Music Performance and working towards a Masters in Music Education, her main purpose is to share her gift with the world. She's performed in a number of venues throughout the East Coast and Midwest, including the Kennedy Center, Pabst and Riverside Theaters, The Metro, etc. She recently opened at the Double Door in Chicago for Slum Village and Dwele alongside Lili K. and The Secret Garden (which she is a notable member of.)
March 1st 2012 marks the release her first independent project "Open Mic, Open Heart." It is a seven track studio album compiled of all original material composed, produced and performed by *B~Free* herself (along with a bonus track featuring production by Peter Cottontale.) Infused with traces of past and present generations of Soul, Hip Hop and R&B, It is an honest and passionate representation of all that is soon to come from the up and coming songstress.

Posted by The Indie Review at 9:54 PM