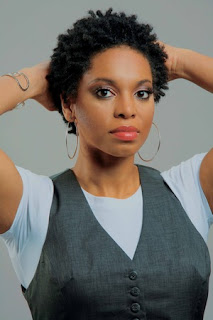 After delivering nearly two decades of honest music, Angela Johnson has nothing left to prove. A newly liberated Johnson returns ready to party. Culling the funky sounds of that twilight period between the end of disco and the height of the funk era, Johnson’s production rediscovers the rhythmic grooves, propulsive basslines, and memorable chords that once poured from live instruments instead of technology. Johnson gifts her listeners with that rare music her fans can both step to and be moved by, the kind once commonplace “On The Radio.” With It’s Personal, Angela tears down the final wall between her perfected image for the stage and the real-life woman who works hard and sometimes stumbles in her effort to keep it sexy for her husband, be a shining example for her daughter, maintain the esteem of her industry, and deliver the kind of music and performances that contributes something real in the lives of her fans. No more illusion, just Angie. Born for music, Johnson enrolled in SUNY Purchase to further study violin. At SUNY, she met her future Cooly’s hot-box bandmates and songwriting partner, Christian Urich. Together the eclectic soul and acid jazz band landed a deal with Polygram Records that ended almost before it begun. In addition to her strong family upbringing, the secret weapon that has allowed Johnson to keep so many balls afloat over the last 17 years is her marriage to her manager and Purpose Music co-founder Russell Johnson. The dynamic duo has demonstrated the anti-thesis of every stereotype about Black love, Black family, and the legendary horror stories surrounding female artists with managing husbands. Angela’s comic sensibilities are complemented by Russell’s straight man stability & orderly business savvy. The Johnson’s yin and yang work because there are no leaders, only partners in business and in love. Together raising a daughter, who’s getting her own global education, the Johnson’s take co-parenting as seriously on tour as they do in their Newark, New Jersey home.
Posted by The Indie Review at 3:34 PM