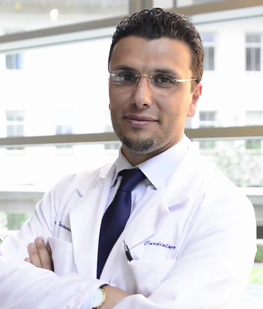 As a young Syrian Kurdish refugee washing dishes in a restaurant to support his family, Heval Kelli could not know that many years later he would be a distinguished fellow in cardiology at a university less than one mile from where his journey in the United States began.  Facing a steep language learning curve, a monthly rent payment, and mountains of dirty dishes, Heval knew things could be much worse.  He and his family fled persecution in Syria where his father was beaten and imprisoned by the pol​ice.
As members of the Kurdish minority, the family had few choices and paid a smuggler to get them out.  His family arrived in Germany in 1996 and lived in refugee camps till 2001. A circuitous route of migration finally brought them to the United States 2 weeks after the 9/11 where they were assisted by members of All Saints’ Episcopal Church in their adjustment and resettlement in Clarkston, Georgia. Through a network of caring community members, Heval was introduced to Dr. Omar Lattouf, an Emory cardiothoracic surgeon who took an interest in mentoring him through his undergraduate pre-med work at Georgia State University and his admission to Morehouse School of Medicine where he graduated cum laude and selected by his classmate as "Most Inspiring Person" award. He finished his internal medicine residency training at Emory University and received recognition as resident of the year as well as honorable distinctions in social and inpatient medicine. Dr. Kelli was awarded the Katz Foundation Fellowship in Preventative Cardiology at Emory University where he completed his cardiology fellowship in 2020.
As a result of his life experiences, Dr. Kelli is a steadfast advocate for serving communities in need especially immigrant, refugee and minority communities.  He is a co-founder of several non-profit organizations focused on medical mentorship (Young Physician Initiative & U-Beyond) and healthcare outreach (You4Prevent).
He is the co-founder and president of the Kurdish American Medical Association, an organization focused connecting Kurdish American doctors with medical and college students. With the leadership of Georgia State University professor Dr. Mary Helen O'Connor, he co-founded Mentorship Initiative for New Americans where it provides mentoring support to refugee and immigrant young adults pursuing admission to college. Dr. Kelli volunteers his medical expertise at various free clinics which they provide free medical care to uninsured individuals in the community where he grew up. He was named chairman of the Service Committee at the World Chamber of Commerce.
Dr. Kelli was named the 2017 Friend of Freedom award. He received the 40 under 40 awards at all of the institutes where he completed his education including  the 2018 inaugural Georgia State University 40 under 40 award , 2019 Morehouse School of Medicine 10 under 40 and 2019 Emory University 40 under 40 alumni award.
​He was also an invited guest by the Bush Family at the Air Force One Departure ceremony for President George H.W. Bush and received the first Points of Light award after his passing. 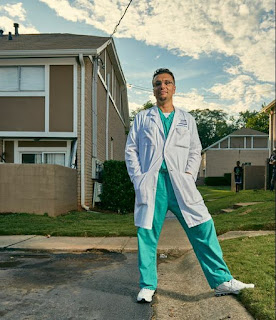 Posted by The Indie Review at 3:19 PM