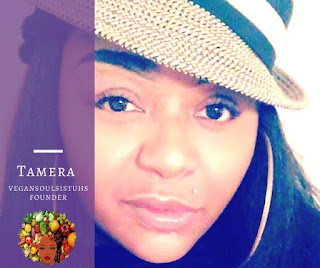 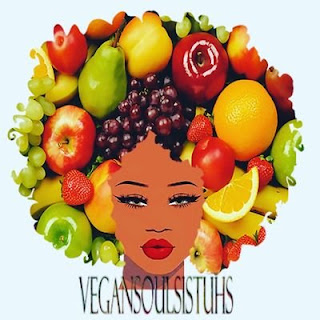 Tamera Currington never imagined that her desire to create a safe place for women of color around health and wellness would result in such success. Her Vegan Soul Sistuhs Facebook and Instagram groups have exceeded her wildest expectations while creating a platform for growth and discovery. The Facebook group is a dream for anyone that is curious about a vegan, vegetarian, vegan-ish or a plant-based lifestyle. It is ripe with recipes, questions about transitioning to healthier eating, health tips, and is managed by over 100 administrators.

Vegan Soul Sistuhs was founded out of the love for Tamera’s then 20-year-old daughter that was suffering from congestive heart failure. Together they adapted a plant based, vegan diet and the results were astounding. Tamera released 60 pounds and was able to make adjustments to her medication while her overall health increased. Her daughter, after suffering two strokes, was able to double her heart function and was on the mend.  She was sure that other could benefit from this information and so began her labor of love.

Two years later, Vegan Soul Sistuhs has grown to over 40,000 members, and continues to thrive. Branded merchandise includes t-shirts, hoodies, bags, and cook books. This year she is planning her first retreat in Jamaica and has launched an additional Facebook group, “VeganSoulsistuhs & the BrothasWhoLove em”, so the men can feel the love too.

A new partnership finds Vegan Soul Sistuhs expanding beyond social media. You can expect to see them in your city soon conducting cooking classes, workshops and other branded events.

Posted by The Indie Review at 8:59 AM