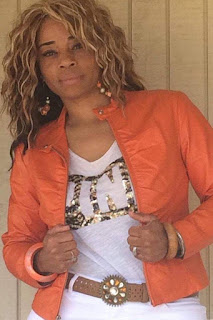 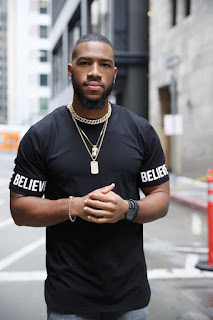 California native Shannon B Mason is the Founder and CEO of ML5 Global Consulting LLC and various subsidiaries. As a recent newlywed, author of  The Process, a student of collegiate sports management and architectural engineering studies, in addition to being a wife to music composer/motivational speaker Gene Mason, she is also the mother of an NFL rookie and his  4 younger student/athlete siblings ( that she affectionately calls her budding queen and  4 young kings).
While juggling her personal life and running her various companies, Shannon is also nurturing a career as a radio host of the online talk show ”Let’s Go There” (on Storm Talk 365), executive producer of the talk show “The Conversation Room”, and as a motivational speaker (putting her skills of guiding people down the right path to use). “I can’t” isn’t in her vocabulary, and setting the bar high for herself is the norm.  She possesses an “it” factor that captivates audiences of all ages while simultaneously stimulating their intellect.

***
California native Jordan E Bryant-Smallwood is the Ambassador of Evolve Sports 365 and Founder of Fit-365 (Performace and Nutrition). He is the oldest of 4 in which are all student-athletes. Jordan studied Business and Communications at the University of Oklahoma where he played football as a wide receiver. While attending OU Jordan received two honor awards ( The highest a student-athlete could receive).
Prentice Gautt Outstanding Athlete Award (This award is given to a student-athlete who best exemplifies the high standards set by the university’s first African-American scholarship athlete.  The student recognized for the award demonstrates excellence in academics, leadership, sportsmanship and athletic ability)

The Done Key Award (The highest honor an OU football player can receive while playing for the Sooners. It goes to the player who best exemplifies the many superior qualities of Key, both on the field and in the classroom). Now an NFL rookie, Jordan is seeking to make a difference as a professional athlete. His ability to lead and be a team player is something Jordan is truly blessed to do.
Posted by The Indie Review at 6:36 PM