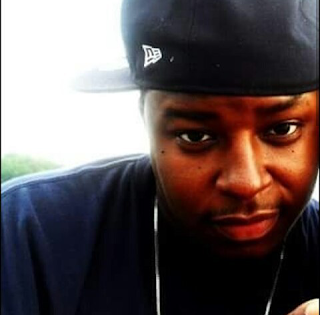 Born in the Brownsville section of Brooklyn in the late seventies Lyonel “Kay-Kay” Rosemond was exposed at an early age to a cultural melting pot that would eventually shape his view of life. During this period, Lyonel was a virtual sponge in the community, never afraid to speak to a stranger or take an unconventional path to achieve his goals. Although he does not recall every detail of his early upbringing, he fondly remembers being enamored with the soul singers of the 70’s, which included Marvin Gaye, Al Green and Otis Redding. However, he would soon become entrenched in the hip-hop scene that was beginning to take over during his adolescence. At the time, little did he know that these musical influences would have a great deal to do with the career he ultimately chose as an A&R with Motown/Universal Music Group.During his early years, Lyonel did not expect to pursue a career in music, but rather was more interested in expressing his natural talent and love as an artist. While other kids were munching snacks while watching the Sunday morning cartoons, Lyonel would find himself drawing many of the characters as a way to perfect his craft. At an early age he decided that he would pursue a career as an artist for his favorite comic book company, Marvel Comics. Lyonel soon enrolled in a school for cartoon illustration and shortly after began receiving requests from friends who needed logos for the companies many of them hoped to form. In 1994, however Lyonel began to see his career path change course after he was contacted by his Uncle Jimmy Henchman Rosemond who was already well known in music industry circles, and was about to start his own management company. Lyonel remembers being excited about his new opportunity, but feeling that his knowledge of the music industry was limited to what he saw on TV, not the behind the scenes work that many took for granted.Once entering the music industry Lyonel realized that art was not his only talent, as he quickly adapted to the scene and learned what something he feels very few comprehend – most of the artists we love and follow often don’t live the life they portray. It was at this time that Lyonel realized that the music business was in fact business first, and he began to actively increase his contacts by making a conscious attempt to mingle with those that would become his peers. His hard work paid off, when in Kedar he was offered a job to work in the A&R department at the historic record label Motown. Since joining the Motown family Lyonel has worked with a bevy of artists including Erykah Badu, Chico DeBarge, Lil’ Wayne, The Temptations and R&B crooner Joe. He feels that his work with Badu was the most special because of the authentic approach she took to developing her music, never rushing to comfplete a song or forcing a concept – “I learned so much from working with Erykah” says Rosemond. Work however, is not the only important thing in Lyonel’s life, as he is deeply spiritual and involved.
Posted by The Indie Review at 12:42 PM