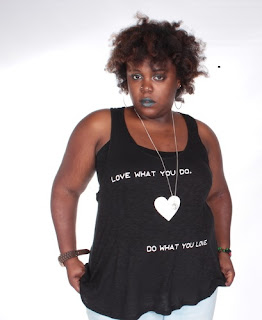 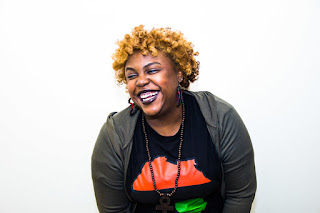 Imagine this: You’ve known - deep down in the very core of your being - that you were going to be a singer since you were two years old. Coming from a long line of musicians, it made perfect sense. You started writing original piano compositions when you were only 11. So it also made sense that you majored in music at the Milwaukee High School of the Arts and then Lincoln University of Pennsylvania. From classical flute, voice and piano to jazz: you worked hard to hone your craft and develop a multifaceted sound. Life was going exactly as planned. Until it didn’t.

Now imagine this: One day you’re voice is completely gone! All of the studying, practicing, learning - how does this make sense in a life dedicated to music? Was it all for nothing? That’s what singer B~Free faced in the fall of 2013 when pneumonia and a throat infection left her unable to speak - let alone sing - for three months. Vocal cord surgery followed, leaving the musician fearing she would never sing again. After a traumatic year when she couldn’t sing a single note, she became more determined than ever to share her musical gifts. The year-long struggle transformed B~Free as both an artist and an individual.

Now she’s back with the anticipated release of her sophomore album “Ode 2 A Luv Affair,” largely featuring production and performance by the artist herself. “No More,” the leading single and video from the project, portrays B~Free as a vibrant young woman escaping the bonds of an abusive relationship. The dark nature of domestic abuse is transmuted into a declaration of freedom and hope through B-Free’s heartfelt lyrics and powerful vocals. With the nostalgic presence of R&B/Soul, the richness of her training and purity of her voice, B-Free’s multiple talents as a Singer-Songwriter-Producer-Musician are bound to make a mark on the music industry. Armed with a B.A. in Music Performance and a Masters degree in Music Education, her main purpose is to share her gift with the world. She's performed in a number of venues throughout the country, including Summerfest, the Kennedy Center, The Double Door, and The Shrine. B~Free has also shared stages with artists such as Slum Village, Dwele, BJ The Chicago Kid, and Talib Kweli. In her hometown of Milwaukee, B~Free is lead vocalist of the popular group Foreign Goods and collaborates often with lyricist-producer Klassik, bringing her commitment to music into her own community.

The year 2012 marked the release of her first independent project "Open Mic, Open Heart,” an eight track studio album compiled of original material composed, produced and performed by B~Free. The project garnered rave reviews from notable blogs and media figures in the U.S. and Europe, including ThisIsRnB.com, Grown Folks Music, Urban Informer, The Conscious Tip, Supastar Magazine (Netherlands) and Fake Shore Drive. Infused with traces of past and present generations of Soul, Hip Hop and R&B, B-Free’s musical expressions are honest and passionate representations of all of the capabilities the songstress embodies.