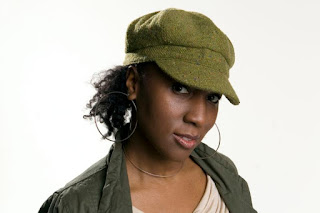 Toni is an international champion of hip-hop culture, known for the irresistible, contagious energy of her performances and for her alluring female presence. An award-winning artist, her steadfast work and commitment to hip-hop led the U.S. Department of State to select her to work as the first ever hip-hop artist to work as an American Cultural Specialist. She has already served in Senegal, Ghana, Botswana, and Swaziland where her residencies include performance, workshops, and lectures on hip hop music and culture. She recently toured Southeast Asia with Jazz at Lincoln Center’s Musical Ambassador program and has shared the stage with the likes of Erykah Badu, Mos Def, The Roots, Wu Tang Clan, GURU, Bahamadia, Boot Camp Clic, Me’Shell NdegeoCello, Sarah McLachlan, Sheryl Crow, Jill Sobule and even Rickie Lee Jones. Her first book, Inner-Course was released in 2003 (Villard/Random House). Toni has performed in Eve Ensler’s V-Day Festival, the DODGE Poetry Festival, in Spain at the Barcelona World Social Forum, featured in the CUTTING EDGE Festival in Darmstadt, Germany, featured at SENERAP International Hip Hop Festival in Dakar and toured South Africa as a headliner on the URBAN VOICES Festival alongside the legendary Linton Kwesi Johnson. Toni has collaborated with a host of highly esteemed musicians including Craig Harris, James “Blood” Ulmer, Vernon Reid, Jay Rodriguez and master kora players Papa Susso and Yacouba. She continues to work with artists from around the world.

Highly respected as the founder and director of Freestyle Union, a cipher workshop that uses free styling as a tool to encourage social responsibility, Blackman’s work has held great influence in the world of hip hop activism. This former Echoing Green Fellow has also been a fellow with the Open Society Institute. Toni most recent efforts involved the Freestyle Union initiative I Rhyme Like A Girl which is run in partnership with the New School University’s Institute for Urban Education. Toni has done an extensive amount of work with the Girl Scouts of America and was instrumental in launching “The Girls Hip Hop Project” at the Center for Cultural Exchange in Portland, Maine (a program that provides workshops for teen girls from the Sudan, Somalia, Eritrea and many other places). Her latest efforts are as a teaching artist at Brooklyn Communication Arts & Media High School (BCAM) where she teaches “The Art of Emceeing”.
This multi-talented woman has been listed in ESSENCE Magazine’s listing of “30 Women to Watch,” participated in the 2006 ESSENCE Music Festival, featured in SAVOY Magazine, BOOK Magazine, Newsweek Japan, The Washington Post, and in The New York Times. NHK-Global Japan Television produced a full-length documentary on her work with hip-hop airing it to 11 million viewers on national TV in Japan. She and her work have been highlighted several times on BET, as well as on FOX News and VH1, featured in UPSCALE, VIBE, HONEY, appeared in Tokion magazine and appears in numerous award-winning documentaries including Furious Force of Rhymes, Beyond Beats and Rhymes, and Freestyle. Third World Newsreel and J.T. Takagi produced a documentary short “She Rhymes Like A Girl” exploring Toni’s work.