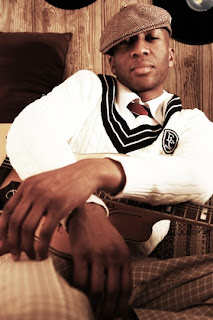 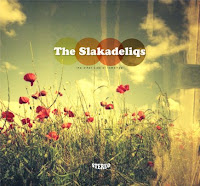 Slakah the Beatchild; a highly sought after performing producer who has produced for Canadian artists Justin Nozuka, Drake, Glenn Lewis, Divine Brown, Ayah, Ebrahim and Melanie Durrant. He was nominated for a JUNO Award for his work as a producer with artists Shad, Ebrahim & Arabesque. In 2009 he was awarded a JUNO Award for the Divine Brown album Love Chronicles. Member of hiphop duo the mighty “Art of Fresh”, solo artist and creator of “The Slakadeliqs”. Slakah the Beatchild’s fresh and unique solo material caught the attention of the legendary BBE label in Europe (J-Dilla, Wil.i.Am, Pete Rock & Dj Jazzy Jeff). He released a solo album entitled “Soul Movement Vol.I”, the first installment of many. This album was met with international critical acclaim. Videos from this album get considerable play on BETJ, VH1 Soul, MTV, MuchMusic and MuchVibe. In addition to this project, he formed the house-hop group Art of Fresh with long time friend D.O., a Guinness World Record holder for longest freestyle. In 2008 they released an album entitled “Back to the Earth” which earned a 4 star review in Eye Weekly and Charted at #1 on the National College Charts. The group made URB’s Next 1000 list. They have videos in rotation on MuchMusic, have appeared on MTV Live and have had MySpace and YouTube features. The Art of Fresh continue to build on their solid fan base and entertain crowds across the globe. The Beatchild recently formed “The Slakadeliqs”. Inspired by classic rock, reggae and pop influences such as: Tingsek, Neil Young, The Guess Who, The Zombies, The B-52’s, UB40, Jimmy Cliff, Bob Marley, The Beatles and Lenny Kravitz. The unconventional sound of The Slakadeliqs highlights musical diversity. From his Hip Hop/soul that he is most famous for to an eclectic, thoughtful sound that touches the hearts of his listeners individually, Beatchild keeps us listening.