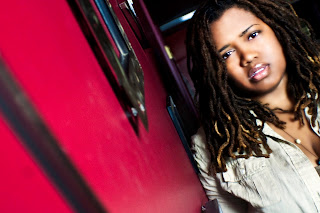 Keli Nicole is described as an incredibly well-rounded singer/songwriter, with a musician’s ear. She has been privileged to work with and learn from some of the music industry’s greatest producers and writers of our time. Her phenomenal range of capabilities can take her into every genre of music, ranging from Gospel and R&B, to Country and Rock. Although goals have been reached, there is still much more to accomplish. Born and raised in Virginia Beach, Virginia and being mentored and later working with the likes of Missy Elliott and Timbaland, Keli Nicole, born Keli Nicole Price, was bound for number one status. With the perfect blend of vocals and penmanship Keli is growing into her destiny. In 1998, she co-wrote on Lil Mo’s first single entitled "5 Minutes". That same year, she wrote and sang on albums with Total (Kima, Keisha and Pam), Timbaland (Tim's Bio), Missy Elliott (Supa Dupa Fly), and Nicole Wray (Make It Hot). In addition, she wrote for the movie soundtrack Why Do Fools Fall In Love. She took a few years to better learn the business and to work on two projects of her own: her adorable children, Christopher and Shari. In 2002 she began commuting between Atlanta and Los Angeles and digging deeper into her craft. She returned with a vengeance, notably with songs arranged, produced and written by her on the 30 Years To Life movie soundtrack (2003), My Baby's Daddy movie soundtrack (I Give-2004), Angie Stones album, Stone Love ("You're Gonna Get It" -2004), Will Smiths album Lost and Found ("Loretta"-2005), the self-entitled project by B5 ("Let It Be"- 2005; Radio Disney Jungle Jams "Someday At Christmas" - 2005), the Disney animated movie Kronk's New Groove ("Let's Groove Tonight" -2005) and began the year 2006 with Joy Enriquez gospel release (Atmosphere of Heaven). In 2006, Beyonce released her first single from her second album B-Day, entitled "Deja Vu". The song was co-written by Keli Nicole and rose to the 1 spot on the Billboard charts. In November 2006, Tamia's album (Between Friends) was released in the United States, being first released in Africa. Keli has co-written two songs on this album, "The Way I Love You" and Tamia's 1st single "Can't get enough". In early 2007, Paris Bennett recorded and released her hit single “Ordinary Love” written by Keli Nicole and newcomer Boo Britt, produced by her great friend Jon Jon, who was also co-producer of DeJa Vu.  Feb 2007 brought on 3 Grammy Nominations for Ms. Price a win for Best Contemporary Album. The title of actress can also be added to the multi talented Keli Nicole. In March 2007, she completed filming her first major role in the indie film “Who Killed Bishop Brown” as Mother Mable.  She wrapped up 2007 and 2008 with projects that allowed her to fulfill a few dreams; 2 lullaby albums under the Music World Ent. label titled Baby Jamz, a children's album exec. produced by Solange and Matthew Knowles (available in Walmart Stores and www.babyjamz.com). She has also completed work on High School Jamz, The Best Of The Best, www.highschooljamz.com: an album that builds the esteem of youth and involves them in the creative process by allowing them to display their vocal abilities on every song. The end of 2008 and beginning of 2009 were met with family tragedy and personal triumph. Maggie Price and Barbara Pierce, both Keli’s grandmothers, passed within 30 days of each other from Colon and Stomach Cancer. Keli Nicole then decided to devote herself to not only educating others about awareness but also promoting change and purpose. She went back to college the day after her maternal grandmother died and is working on her Bachelors in Education, while simultaneously writing and recording her first solo studio album "Breakup Radio" (now available on all major online music retailers, iTunes, Amazon, etc.), as well as launching the “ Let’s B.E. Aware” campaign in early 2010. All this while being a very present, dedicated and loving single parent to her amazing children. Keli is currently working on major artists albums to be released in spring 2012. She's also working with David E. Talbert, on his next stage play, promoting her Let's B.E. Aware campaign and working on her next album, Live Free, slated for spring 2012 release. The single “Pushing” will be released winter 2011.

Posted by The Indie Review at 7:20 AM