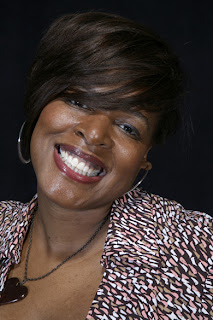 Darralynn is a veteran journalist/TV producer who founded the new network Chapter 3 TV. It boasts both original and branded programs, specifically produced for mobile device viewing. The first 3 shows to launch are TAWTK-The Audience Wants to Know, a Live movie Q&A show, WTF?  A lunch time wrap up of videos on the world web and The Girl’s Bathroom, a show that eavesdrops on four black teenagers preparing for 1st period. Chapter 3 TV plans to secure 24/7 mobile programming. Some of the shows, will be created from acquired footage while others will be conceptualized with client brands in mind. The Branded Entertainment concept sprung out of an immediate need to engage their corporate relationships with their wealth of experiences developing audiences for film, TV, events and publishing. The first set of brand partners to be integrated in the first 3 programs include Bronner Brothers, Upscale Magazine, Heys Luggage, Radio One, and Faygo soda. Darralynn has written on the African American experience for more than 20 years for publications that include but are not limited to The Source, Upscale, Vibe, Hip Hop Weekly, Black Enterprise, Rolling Out, People Magazine, The New York Times, The Detroit News and Free Press. In 2001, Darralynn embarked on her first independently produced documentary on Poet Laureate Langston Hughes entitled Hughes’ Dream Harlem. The documentary went on to tour film festivals in four continents including Africa, Europe and Asia. It premiered on Starz and was later sold to HBO and PBS. She worked as a production coordinator, manager and writer for networks in the Viacom family that include MTV, VH1 and BET. She also held the title of Production Manager and Producer on three TV One shows including “25 years: The Color of Success on the Color Purple’s 25th Anniversary”, and “Get the Hook Up” and “Renovate My Home”. Darralynn’s most proud of her TV production credits that include her independently produced BET’s “The Musicmakes”, “BET News”, and her work as a Red Carpet producer for the “BET Awards” and “BET Hip Hop Awards”. The digital content company which is her own, Dhutson, LLC, since 2005 has produced short-form programs for clients that include Lions Gate, Paramount, Warner Brothers and Fox Searchlight. She’s especially proud of the added value digital campaigns for such films as Stomp the Yard, Hustle and Flow, Madea’s Family Reunion, Fame, Notorious, Black Dynamite and most recently Lottery Ticket. Darralynn currently runs the Brand Integration and Product placement team with Maxsar Digital Studios. Last month, Darralynn was asked to head a Film Advisory Board at the Charles H. Wright Museum of African American history for the purpose of creating a film evolution exhibit.