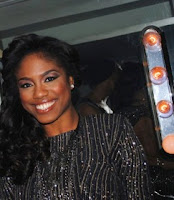 Call Farrah Burns the sister of hip hop invention; with her new highly anticipated sophomore album Oval Metal. She's established herself as a creative force all on her own. Successfully integrating rap, soul, Jazz, and R&B into her own sound. Born in Miami and raised in Brooklyn, New York she spent most of her youth listening to her mom’s multi-genre, multi-generational record collection. Coming from strong Haitian background music, food and politics was her family’s passion. She began writing poems and rapping at an early age. Despite her on-again off-again track record with independent labels her first single in 1998 "Never look for love in da club" featuring Rock from Heltah Skeltah is still being sold worldwide. Farrah Burns has made a name for herself by opening up for Dwele, Talib Kwali, Amel Larriuex and Tribe Called Quest. Headlining in New York City hot spots like Joes Pub, SOB's, BAM Cafe and Village Underground. Farrah Burns recently won the title of 5th Annual Hip Hop Show Champ. Were she made history across the score boards and taking home five thousand dollars in cash. Her new cd Oval Metal is re-introducing you to lost art of story telling. Her first single "Milky" has a Smokey nostalgic flow with a contagious chorus," at the end of the day Farrah Burns is the truth. "I was blessed with an amazing speaking voice it’s my only instrument aside from my heart that's going to change world"
Posted by The Indie Review at 10:12 AM